There will be no more popping of champagne corks for winning English football teams.

The Football Association (FA) will break with tradition and no longer hand out champagne to competition winners to avoid offending players whose religious beliefs prohibit alcohol consumption.

The decision was also taken to avoid handing alcohol to players under the legal age for drinking, which is 18 in Britain. 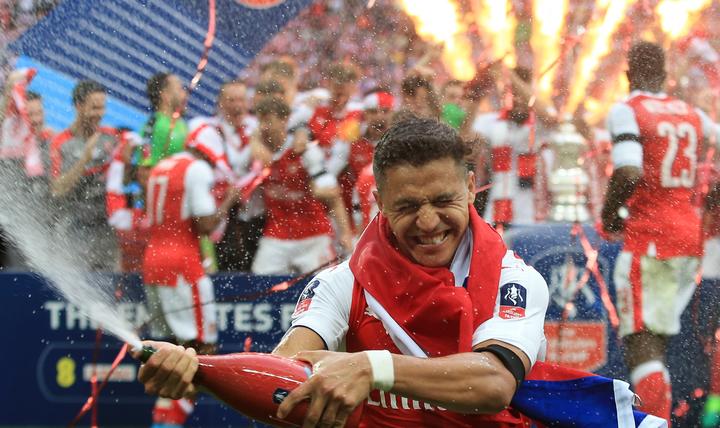 There will be no more champagne celebrations like this one by Arsenal's - Alexis Sanchez after winning the 2017 FA Cup final. Photo: Photosport

"Winning teams will be awarded with non-alcoholic 'champagne' for their celebrations in all FA competitions, starting from this year's Emirates FA Cup Final," the FA said in a statement.

"This is to ensure that we are as inclusive as possible to players and communities who may be prohibited from alcohol, as well as any players who are under 18."

Champagne is often sprayed on the pitch during the victory celebrations.

The move will come into effect at next month's FA Cup final when Manchester City take on Watford at Wembley Stadium on May 18.

Manchester City's Riyad Mahrez, Benjamin Mendy and Ilkay Gundogan are among the Muslims who could take part in this year's final, along with Watford's Abdoulaye Doucoure. Islam prohibits the consumption of alcohol.