Manchester City took a big step towards retaining the Premier League title with a 2-0 win over Manchester United at Old Trafford sending them back to the top of the table. 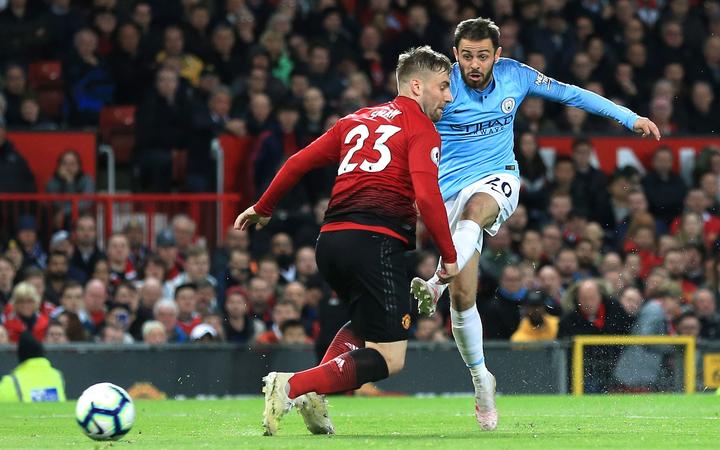 City have 89 points, one more than rivals Liverpool, with both teams having three games to play - and none of them against top six opponents.

United remain in sixth place with 64 points, outside the Champions League qualification slots.

Ole Gunnar Solskjaer's side are surely keen to get this season over with and begin the rebuilding they need.

They have now lost seven games out of their last nine in all competitions and were outclassed after the break by City's composed, intelligent passing and movement on Thursday (NZ time).

Second half goals from Bernardo Silva and Leroy Sane ensured a comfortable win for City, who have now won 11 straight league games.

The form book suggests City should win the title, much to the frustration of Liverpool who have lost just once this season.

However, City captain Vincent Kompany was not getting carried away.

"Nothing is played out yet. Burnley is a difficult away game next and there is plenty to play for, both for us and Liverpool. We will deal with the other games in the next days." 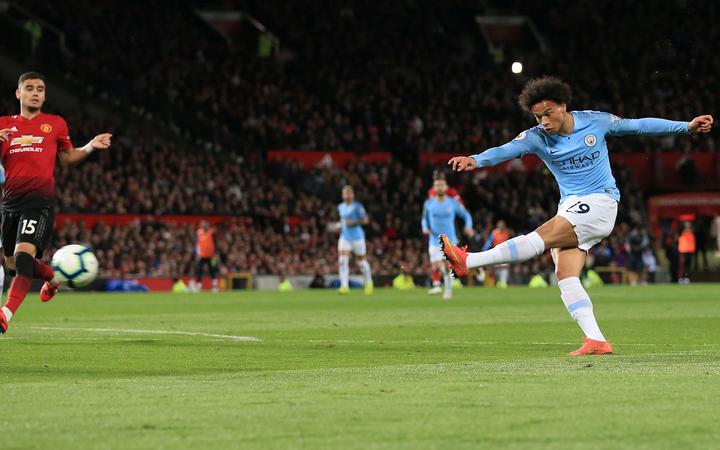 United, smarting from their 4-0 hammering at Everton, at least played with aggression and energy in the scoreless first half but created little beyond an optimistic long-range effort from Marcus Rashford.

City were slow to find top gear although the irrepressible Silva tested David De Gea with a thundering drive and Raheem Sterling shot straight at the Spanish keeper after dribbling his way to space inside the box.

But it was no surprise that Portuguese winger Silva was the man who broke through.

He picked the ball up on the right flank and cut inside on to his left foot, surprising De Gea with a low drive that sneaked in the bottom corner in the 54th minute.

United's night was summed up when some rare shaky defending from City saw the ball loop towards the back post but Jesse Lingard mis-kicked completely and the opportunity had gone.

City then doubled their lead - Fred giving the ball away in midfield, Sterling breaking forward before feeding Sane on the left with the German's powerful drive flying in off the outstretched leg of De Gea.

Meanwhile Arsenal's fragility on the road returned as a 3-1 defeat at Wolverhampton Wanderers put a huge dent in their hopes of a top four finish.

Unai Emery's side needed only a point to reclaim fourth spot from Chelsea but conceded three times before the break against a clinical Wolves side who moved up to seventh. 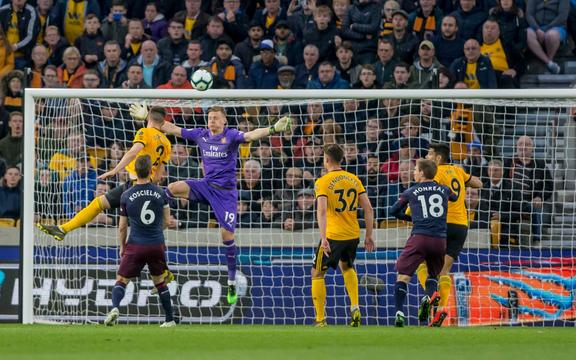 Dreadful Arsenal defending allowed Diogo Jota to surge through and fire a shot past Bernd Leno on the stroke of halftime.

A late Sokratis Papastathopoulos header from Granit Xhaka's cross was scant consolation for the Gunners fans who watched their side lose a seventh away league game this season.

With three games left Arsenal remain in fifth place with 66 points, a point behind Chelsea and four behind third-placed Tottenham Hotspur.

Wolves rose to seventh spot with 51 points - a position that could offer a route into European football next season --and are set to become the first promoted club to finish in the top eight since Reading in 2006-07.

Arsenal have now lost two matches in a row following Sunday's home defeat by Crystal Palace and they may need the backup option of winning the Europa League to claim a place in next season's Champions League.