The Warriors' hopes of an NRL upset of the Melbourne Storm have plummeted after losing star backs Roger Tuivasa-Sheck and Blake Green to injury. 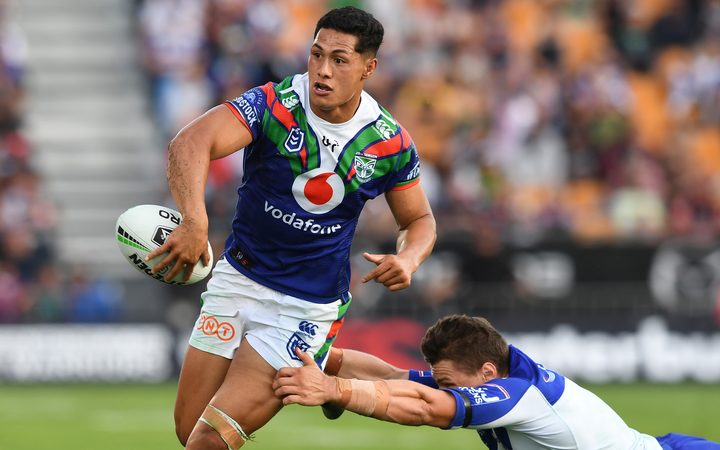 Fullback Tuivasa-Sheck was scratched for the Anzac Day encounter in Melbourne with a hamstring injury, while Green will miss a third consecutive game with a groin strain.

News of the pair's omission late on Wednesday came hours after the club had confirmed centre Solomone Kata would miss the game on compassionate grounds.

With David Fusitu'a (ribs) already ruled out following the injury suffered in the 17-10 loss to North Queensland on Saturday, the Kiwi outfit have been forced to completely overhaul their backline.

Gerard Beale will start at fullback in place of in-form skipper Tuivasa-Sheck while Peta Hiku is on the wing.

Former St George Illawarra junior Patrick Herbert will make his first grade debut while the other centre berth will be filled by veteran Blake Ayshford in his first start for the season.

Tohu Harris will shift from the second row to five-eighth and partner rookie Chanel Harris-Tavita in the halves. Former Storm stalwart Harris filled the role on occasion early in his career.

His place in the starting pack goes to Isaiah Papali'i.

The biggest loss is that of Tuivasa-Sheck, who has been a shining light through the first six rounds.

His metre-eating runs and line breaks have eclipsed the numbers he was racking up last year on his way to winning the Dally M medal.

Despite his brilliant form, the Warriors have clocked up just two wins and are rank outsiders to topple the competition-leading Storm.