Record Hurricanes points scorer Beauden Barrett is among a trio of front line players who'll return to the starting line-up for tomorrow's Super rugby derby match against the Chiefs in Wellington. 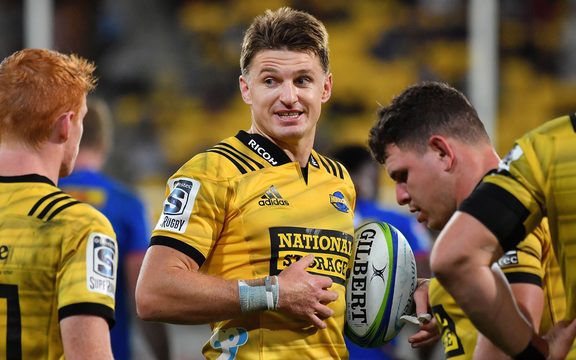 Barrett, along with younger brother Jordie and in-form loose forward Ardie Savea, missed last week's narrow win over the Sunwolves in Tokyo but all return for the latest round.

Hurricanes head coach John Plumtree has made five changes all up to the run-on side.

The others are up front where Asafo Aumua starts at hooker while lock Kane La'aupepe returns after he missed the Sunwolves match due to illness.

Jordie Barrett will start at fullback with Chase Tiatia moving to the wing in place of Ben Lam who has a minor leg injury.

Murray hopeful of return to court

Andy Murray is "cautiously optimistic" he will be able to play tennis again this season after successfully undergoing hip surgery, his mother Judy has said.

The three-times grand slam champion said at this year's Australian Open that constant pain in his hip had brought him to the verge of quitting tennis but revealed last month that he was pain free after the procedure in January. 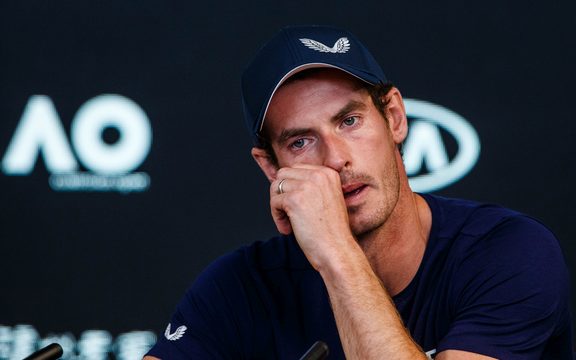 Andy Murray at an emotional media conference at the Australian Open. Photo: Photosport

Murray posted an Instagram video of himself on an outdoor court earlier this month, describing the footage of him hitting a tennis ball for the first time since the surgery as "a start".

He followed that up with a video of himself playing a round of golf that reinforced the message that he was on the mend.

"It's still early days so we will have to wait and see what happens. He is cautiously optimistic about getting back on the match court perhaps at some point over the summer," Judy was quoted as saying by British media.

"He was told not to do impact work, which basically means running around the garden hitting a ball, for three months but he's been hitting against a wall from a static position."

Murray hoped to make his comeback at Wimbledon and said in March that he would consider playing doubles because it would put less stress on his hip.

All-rounders Kieron Pollard and Sunil Narine have failed to make the cut as West Indies announced their 15-man squad for the looming Cricket World Cup. 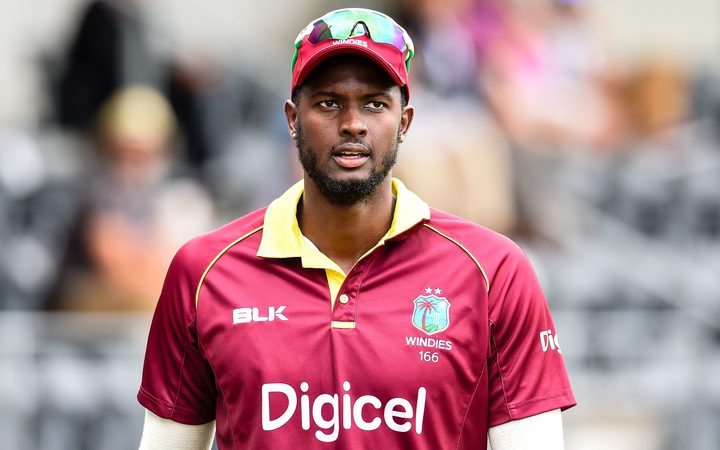 Hard-hitting opening batsman Chris Gayle, 39, was called up for what will be his fifth World Cup as was all-rounder Andre Russell, who is currently averaging 65 in the IPL.

Jason Holder will lead the team for the tournament which starts in England and Wales at the end of next month.

Pollard and Narine, who have not been part of the ODI setup since 2016, have played 166 ODIs between them but were both overlooked by an interim selection panel which comprised of Robert Haynes, Jimmy Adams and coach Reifer.Evin Lewis, who missed the recent England series with an injury, was also named in the squad.

There was also a return for fast bowler Shannon Gabriel, who last played in 2017, alongside other quicks Kemar Roach and the relatively inexperienced Oshane Thomas.

West Indies, champions in 1975 and 1979, start their World Cup campaign on May 31 when they take on Pakistan in Nottingham.

Rotorua's Amanda Landers-Murphy has scored a good win in the second round of the Challenger tournament, the Irish Squash Open in Dublin.

She defeated former world No 2 Jenny Duncalf of England in five games to reach the quarters of the tournament.

The 28-year-old left-handed, who won a women's doubles gold medal at the Commonwealth Games with Joelle King, will now face Enora Villard of France for a place in the semifinals in Dublin.

At the same tournament, New Zealand men's No 2 Campbell Grayson has won his second round match with a 11-7 11-9 11-5 win over Spaniard, Carlos Cornes Ribadas.

Nadal fights back in Barcelona

World number two Rafa Nadal dropped a set at the Barcelona Open for the first time in four years before advancing to the last 16, beating Argentine Leonardo Mayer 6-7(7) 6-4 6-2. 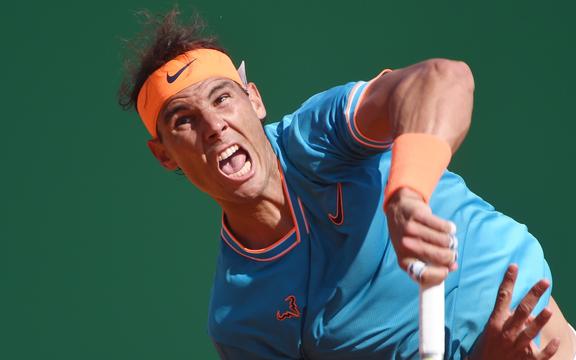 The Spaniard surrendered a 5-3 lead in the first set and then spurned two set points in the tiebreak, which Mayer, ranked 63 in the world, edged thanks to an impressive crosscourt forehand winner.

Nadal, who has won the Barcelona Open a record 11 times, had not lost a set in the tournament since a round of 16 games against Fabio Fognini in 2015, winning 30 sets in a row until he met Mayer.

Nadal was in danger of losing two consecutive matches on clay for the first time in his career following defeat in the Monte Carlo Masters semi-final to Fognini, but he bounced back immediately by breaking his opponent in the second set opener.

Nadal, who was playing on a court named after him, broke the Argentine twice more in the decider to set up an all-Spanish third round tie with David Ferrer.

Farah hits out over theft

Mo Farah has slammed fellow distance-running great Haile Gebrselassie, accusing him of failing to help him after he was robbed at a hotel in Addis Ababa owned by the Ethiopian superstar. 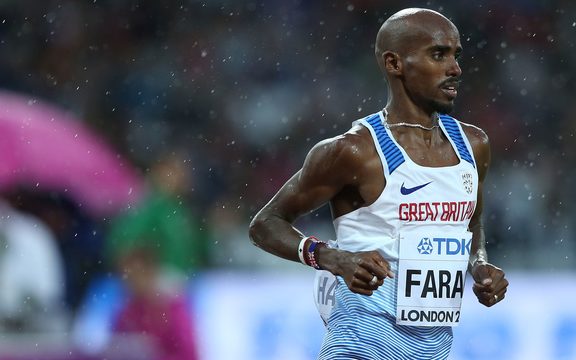 Farah, who is running in the London marathon on Monday (NZ time), said almost $NZ5000 - in four currencies - two mobile phones and a valuable watch presented to him by his wife were stolen from a locked suitcase in his room while he was out on a training run on 23 March.

Farah said he got little help from hotel staff in dealing with the issue and even less from Gebrselassie, a national icon in Ethiopia after a stunning track career that earned him two Olympic golds and four world titles over 10,000m and several world records.

Farah was so furious that Gebrselassie ignored his repeated texts and calls that he shared the last he sent, that threatened to publicly shame the Ethiopian.

Gebrselassie's agent, Jos Hermens, said the former world record holder, who is president of the Ethiopian Athletics Federation, would issue a response in due course, while the hotel in question, the Yaya Africa Athletics Village, did not respond to a request for comment.

England's Football Association will break with tradition and no longer hand out champagne to competition winners to avoid offending players whose religious beliefs prohibit alcohol consumption. 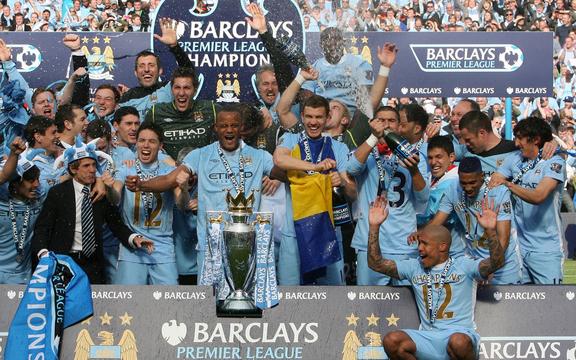 The decision was also taken to avoid handing alcohol to players under the legal age for drinking, which is 18 in Britain.

"Winning teams will be awarded with non-alcoholic 'champagne' for their celebrations in all FA competitions, starting from this year's Emirates FA Cup Final," the FA said in a statement.

"This is to ensure that we are as inclusive as possible to players and communities who may be prohibited from alcohol, as well as any players who are under 18."

Champagne is often sprayed on the pitch during the victory celebrations.

The move will come into effect at next month's FA Cup final when Manchester City take on Watford at Wembley Stadium on 18 May.