Opinion - Israel Folau and Rugby Australia have made their bed.

Wallabies fullback Israel Folau will have his code of conduct hearing with Rugby Australia on 4 May. Photo: Photosport

We can all weigh in with a view about what ought to happen to the Wallabies fullback, but their's is now an employment matter which a tribunal will sort out.

Where Folau's hateful and, frankly, embarrassing social media sprays have relevance is in who they were 'liked' by.

As a very quick digression, we live in a secular society. Within that there are clearly people of faith, such as Folau, but they are in the minority.

If you and I express a view, it's our view. If that's an unpopular view, we're judged - and in this day and age probably condemned - accordingly.

But if the belief expressed is a religious one - or cloaked in verse from the bible - then it's judged by a different standard. Sure, it might still be offensive, but it's so and so's religious belief and therefore slightly more palatable.

Never mind that some people regard the idea of heaven and hell et cetera as laughable.

To go back to Folau's condemnation of various 'sinners', it's telling that fellow internationals such as Samu Kerevi, Allan Alaalatoa and Billy Vunipola were among those to 'like' the Instagram post declaring hell awaited homosexuals, among others.

Vunipola went a step further by posting that "Man was made for woman to pro create that was the goal no?''

So this morning I got 3 phone calls from people telling me to ‘unlike’ the @izzyfolau post. This is my position on it. I don’t HATE anyone neither do I think I’m perfect. There just comes a point when you insult what I grew up believing in that you just say enough is enough, what he’s saying isn’t that he doesn’t like or love those people. He’s saying how we live our lives needs to be closer to how God intended them to be. Man was made for woman to pro create that was the goal no? I’m not perfect I’m at least everything on that list at least at one point in my life. It hurts to know that. But that’s why I believe there’s a God. To guide and protect us and forgive us our trespasses as we forgive those who trespass against us.

Folau, like Vunipola, is of Tongan heritage, while Alaalatoa is Samoan and Kerevi Fijian. Vunipola plays for England, though, with the other three all representing Australia.

You think of rugby in those two counties - and let's throw New Zealand in while we're at it - and you think white, middle class, conservative.

From the people running the games in those counties, to working for the unions, coaching the teams and reporting on the matches there's probably quite a different demographic from those actually playing.

Teams are increasingly populated by players of Samoan and Tongan descent, yet rather than rugby evolving to fully incorporate their culture and background, those athletes are invariably asked to adapt to the established norms.

Let's go back a couple of generations to Michael Jones. Partly of Samoan heritage, and deeply religious, Jones didn't drink in an era where 'work hard, play hard' was the still the mantra. Nor did he play rugby on Sundays, because of his beliefs.

It was the sporting equivalent of being a conscientious objector and refusing to fight for king and country.

That Jones was able to sit those Sunday fixtures out speaks volumes for his playing ability and how eager teams were to have him no matter what.

Even so, think of some of the things he must've seen over the years. Imagine the other ways in which he was required to conform.

Jones was unique to the era in so many ways that his modern day successors are not. 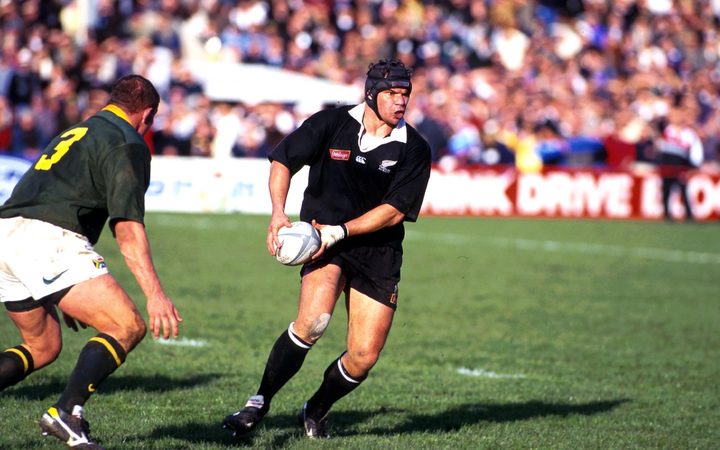 We can't walk in Folau's shoes. We don't know what encouraged Alaalatoa to like Folau's post. But it suggests that perhaps Polynesian players feel separate to the culture that persists within their teams.

New Zealand Rugby, for instance, are doing fine work in the area of gender diversity. They are also very aware of recognising Maori.

But their professional teams tend to be coached by middle-aged white men.

We have seen men such as Pat Lam and Tana Umaga coach at Super Rugby level, while Earl Va'a, Alama Ieremia and Filo Tiatia have done good things with provincial sides, but it feels like we have a way to go before a Pasifika person takes charge of the All Blacks.

New Zealand's not unique in this. Think of American sports, where the majority of basketball and football players are black, but those who coach, run and own teams are not.

Israel Folau has made a fool of himself. He's made deeply offensive comments about a great swathe of people in the name of religion.

But in doing so, he's presented a very rare instance in which a Pacific Island player has offered a view contrary to the prevailing one.

What's more, that view's been endorsed by players from a similar background.

As professional rugby becomes increasingly dominated by Pasifika players, it will be intriguing to see how many more speak up.