Opinion - TJ Perenara's greatest contribution to life in New Zealand remains ahead of him. 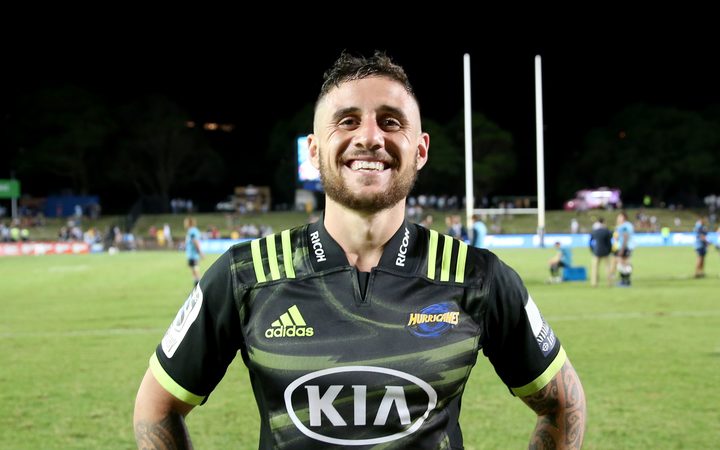 As good a sportsman as the All Blacks and Hurricanes halfback is, he has the power to change lives once his rugby career is over.

People are quick to announce themselves as influencers these days when, in reality, all they're doing is posting photos of themselves enjoying freebies.

Perenara, though, is already making New Zealand a better place and it's hard to be much more influential than that.

What's more, the 27-year-old doesn't do it for his own gain.

His Instagram message, following Friday's terror attack in Christchurch, was typical of Perenara.

His thoughts were for others, not himself. He didn't seek to insert himself into the tragedy.

While as cities and a nation we are all devastated by what happened yesterday, let’s not lose sight of the fact that yesterday’s terrorist attacks were targeted at the Muslim community. While it may have felt like it, we were not all at risk. We were not all unsafe. But we are all responsible for joining the wider conversation about racism, about white supremacy, about who we are as a country, and what’s actually going on. I walked through the airport this morning and saw Muslim people going about their day in fear, including one woman that I and a couple of others sat with while she cried. I thought about how they were in fear as their community has been attacked, and how they would also be in fear if the perpetrator had been Muslim and the victims random, afraid for themselves and their children due to potential backlash from others in the community. At what point do they get to rest? Why is everyone else able to go about their day? Why does the responsibility for such devastating actions by individuals get placed on entire communities in some cases but not others? The reality is I know why. If you don’t know why, once we have had time to grieve, it might be time for some uncomfortable conversations. In the mean time I implore you to support our Muslim community through donating to one of the fundraisers currently happening. To our Muslim brothers and sisters - kei te heke ngā roimata, kei te ngākau pōuri au, ka aroha ki a koutou. I am so sorry this happened to you here. You should have been safe here, you should be safe everywhere. My heart is so heavy. Ringatoi/Artist: Adrien Tavite

Perenara simply showed care for a Muslim community who need it and asked the rest of us to question our own attitudes and they ways in which we will respond from here.

It was the same last year when he spoke out on behalf of gender and sexual diversity.

In doing so, Perenara also condemned homophobic comments made by Australia and Waratahs fullback Israel Folau.

A far cry from the days when "full credit'' was about the most robust rugby comment you could come by.

Better still, Perenara also got out and helped raise money - and understanding - on behalf of LBQT + youth groups.

It wasn't promoted on his social media accounts beforehand, there were no news cameras booked.

Perenara simply did it because it was the right thing to do.

He wasn't looking for praise or credit; he just wanted to support people in a tangible way.

If you ask him about it, he'll respond even though it makes him uncomfortable.

Perenara doesn't want to be the story, but he realises the platform he has and the opportunity he's been afforded to speak on behalf of those whose voices are not always heard.

Sports organisations and teams have their official charity partners and players do their bit accordingly.

In rugby, for instance, they're required to fulfill a certain number of promotional or media commitments each season, which some do with a bigger smile on their face than others.

Perenara is unfailingly polite and honest and that reflects in the coverage not only he receives, but the way media respond to the issues he raises.

Race and privilege aren't always topics your average sports writer wants to - or is equipped to - tackle, but Perenara causes you to stop and look at yourself.

Asked a few months ago if he wanted to be Prime Minister one day, Perenara said probably not.

Politics, after all, brings a level of scrutiny and criticism that even rugby players don't endure.

But Perenara is ready for a public life post-rugby. He's eager to do and say things on behalf of those in the margins that will, in turn, make life better for all of us.

Not only does Perenara have a unique ability to see the bigger picture, he continually finds the right words to express it.

That's a credit to he and his family and a blessing for everyone else.

Lots of us admire athletes for their speed and skill. We marvel at their effort and onfield courage, but who they are as people often remains a mystery.

There's no hiding TJ Perenara's humanity, though. He cares where others don't and looms as an important agent for true social change.