Michael Morgan has orchestrated a much-needed 17-10 win for North Queensland over the Warriors in a messy NRL fixture in Auckland.

Michael Morgan has orchestrated a much-needed 17-10 win for North Queensland over the Warriors in a messy NRL fixture in Auckland. 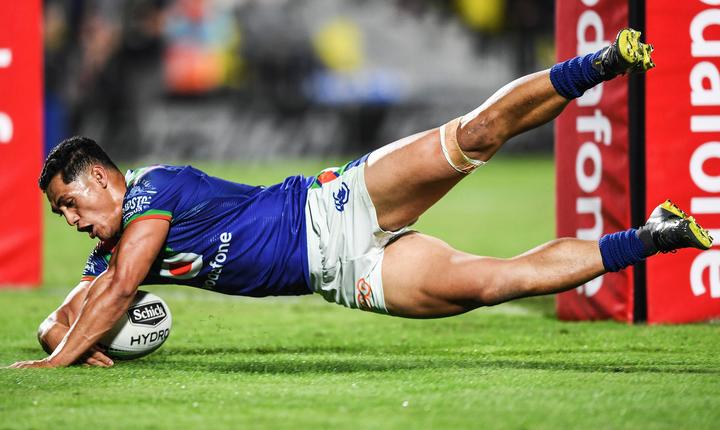 Both teams scored two tries but the visitors snapped their four-game losing streak courtesy of Jordan Kahu's four-from-four goalkicking and their superior all control.

Queensland playmaker Morgan was relatively quiet until his team fell behind early in the second half, setting up a try for Justin O'Neill and a Kahu penalty goal before snapping the field goal that effectively sealed the result.

Morgan also kicked in open play for a massive 470m and gave the Warriors back three few chances to counter.

Kicking was generally an area of the game where they outclassed the home side, who are badly missing injured halfback Blake Green.

The result leaves both teams with a 2-4 record.

Neither would be have sent shiver through the rest of the competition. It was a clunky match where attacking fluency was rarely on show.

The Warriors created more chances but made more mistakes, crashing to their first loss at home this season following big wins over the Bulldogs and Titans.

Winger Ken Maumalo dotted down in the left corner in the 20th minute but the hosts were trailing soon after when Coen Hess took advantage of a Jake Clifford break.

The Warriors spurned several chances either side of the big backrower's try.

Roger Tuivasa-Sheck had his pass intercepted following a sizzling 50m break and David Fusitu'a's apparent try was ruled out when Adam Blair was penalised for obstruction.

Kahu's penalty on the stroke of halftime put the visitors 8-4 up before Tuivasa- Sheck lit up Mt Smart Stadium with a trademark solo try, prising open the defence with his lethal left-foot step.

One jink took him between Clifford and Hess before another left fullback Te Maire Martin grasping at thin air.

However the lead was short-lived, with Tuivasa-Sheck's error gifting the Cowboys an attacking scrum. Morgan's grubber on the first tackle set up former Warriors winger Justin O'Neill.

A Morgan 40-20 led to another penalty goal before his wobbly one-pointer.

Josh McGuire rivalled Morgan as the game's best player, the tough Queensland second-rower running for a game-high 214m and making a team-high 39 tackles.