Arsenal added a 1-0 victory at Napoli, thanks to a superb first-half Alexandre Lacazette free kick, to their 2-0 first-leg home win for a 3-0 aggregate success over the Italians. 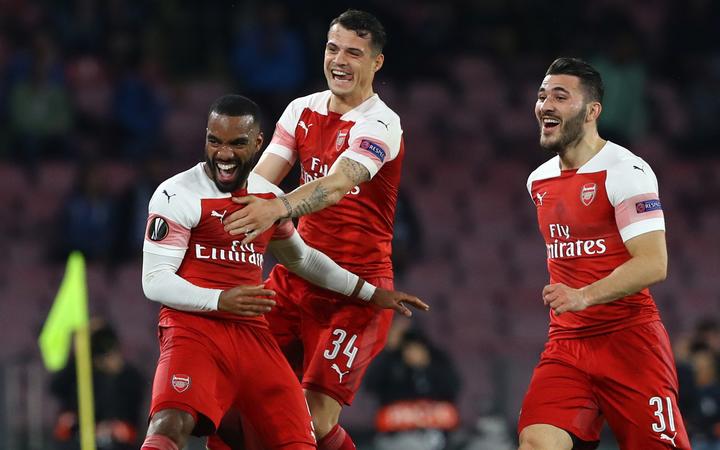 Chelsea scored three times in the opening 17 minutes but also survived a second- half scare as they beat Slavia Prague 4-3, with Pedro getting a brace and setting up the other two for a 5-3 aggregate win.

In the May 2 and May 9 semi-finals, Arsenal face Valencia, who won a Spanish duel against Villarreal 5-1 on aggregate after a 2-0 second-leg win.

The 2013 champions Chelsea take on Eintracht Frankfurt, whose fairytale run continued when they overcame a 4-2 defeat in Lisbon to beat Benfica 2-0 at home after a controversial opening goal to advance on away goals.

The Baku final in Azerbaijan is on May 29.