Latest - The Golden State Warriors have bounced back in style in the NBA playoffs. 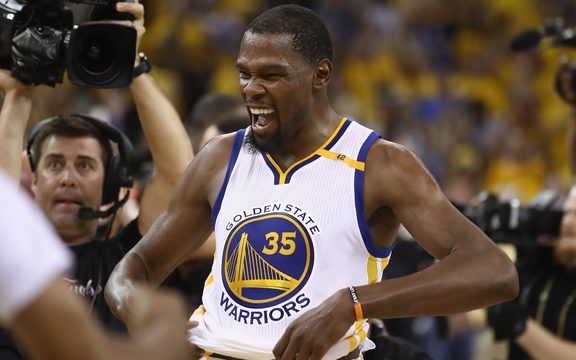 The two-time defending champions have blown away the Clippers 132-105 in Los Angeles to take a 2-1 lead in their best-of-seven game first round series.

The Warriors had blown a 31-point lead in game two, but showed no signs of a hangover in game three, jumping out to a 73-53 lead at halftime.

Kevin Durant led the Warriors with 38 points in just 29 and a half minutes of court time.

The San Antonio Spurs and Philadelphia 76ers have also taken 2-1 leads in their respective series against the Denver Nuggets and Brooklyn Nets.

Pre-season fears that the Warriors' NRL hopes hinge on the fitness of Blake Green have been heightened this week, although the club insists they can cope without him against North Queensland. 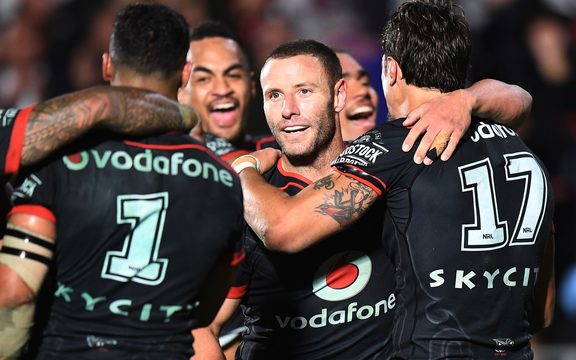 Green's groin has been a talking point all week ahead of Saturday's match between two bottom-eight rivals at Mt Smart Stadium.

The 32-year-old was named to start and trained on Wednesday but coach Stephen Kearney can't be conclusive about the starting halfback berth.

Green must train without trouble on Friday and convince medical staff there will be no recurrence of the twinge during the warm-ups that ruled him out of last week's 28-24 loss to South Sydney.

That match was notable for the Warriors conceding three tries in the final quarter to squander a 12-point lead.

The control and direction Green provides was missing but Kearney wouldn't attribute his absence for the late meltdown.

Meanwhile Penrith's sorry start to the National Rugby League season has sunk to a new low after blowing a 14-0 lead in a demoralising four-point loss to Cronulla.

Cronulla went scoreless until ten minutes into the second half but then went on a four try spree which gave them a 24-20 win.

The defeat is the Panthers' fourth in their opening six games.

The Wallabies vice captain Wallabies vice-captain Will Genia has joined the chorus of criticism against international teammate Israel Folau and believes he's played his final Test alongside the controversial star. 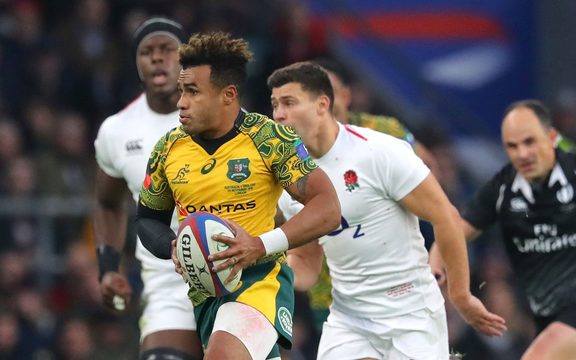 Rugby Australia has indicated it intends terminating Folau's contract following repeated homophobic social media posts, but Folau will contest the sacking at at a code of conduct hearing next week.

Genia admits teammates will struggle to play alongside Super Rugby's all-time leading try-scorer if should Folau successfully overturn his sacking.

Genia said Folau was being selfish and emphasised the Wallabies could still win the World Cup this year without arguably their best player.

"You can have your beliefs and have faith ... but you can't go around trying to tell people they'll be going to hell because they are a certain way, for me that's completely wrong," Genia told the Fox Sports' Rugby Podcast.

Even the Best careers come to an end

Rory Best, who captained Ireland to their first ever test win over the All Blacks has announced he'll retire from rugby after this year's World Cup in Japan. 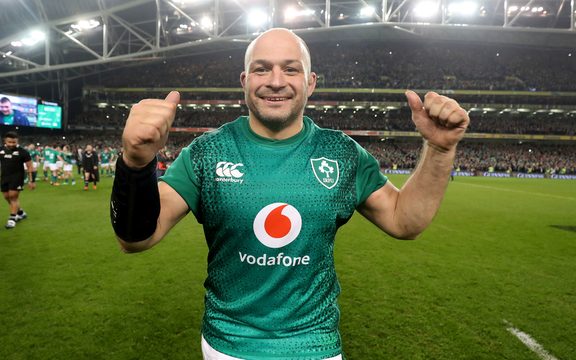 He has also toured New Zealand and Australia with the British and Irish Lions in 2013 and 2017.

Ireland beat the All Blacks for the first time in Dublin in 2016 when they won 16-9.

New Zealand sailors Gemma Jones and Jason Saunders have jumped from 40th to second in the Nacra 17 class in the world cup series in Italy. 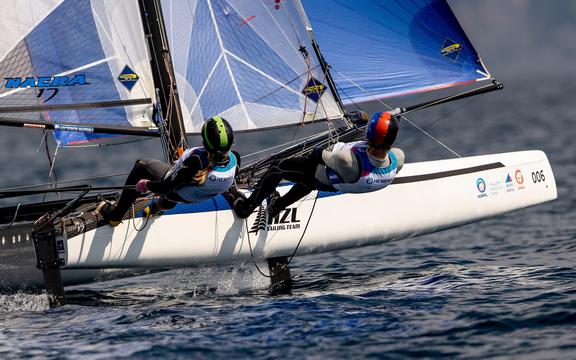 The four New Zealand 49er crews have all qualified for the gold fleet, with Isaac McHardie and William McKenzie the best placed in seventh.

Alex Maloney and Molly Meech are 15th overall but the pack is quite bunched and they are only 10 points off third. 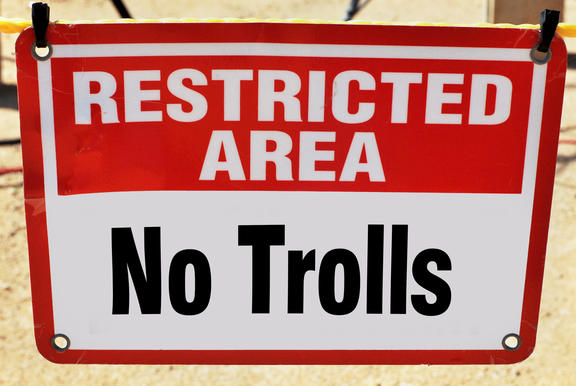 The campaign launched will urge players to stay off social media from eight o'clock tonight after posting the hashtag .Enough.

The Professional Footballers Association says it's intended as a show of solidarity with players who have been targeted, as well as a demand to social media organisations and the game's authorities that more needs to be done.

"Over the last few months we have seen a rise in appalling instances of racist abuse at grounds around the world, and on social media. We cannot stand by while too little is done to address this unacceptable behaviour," said PFA head of equalities Simone Pound said.

Concern is mounting over racism in football after a spate of attacks on players both on social media and in and around stadiums.

England's black players were subjected to repeated chants during their Euro 2020 qualifier in Montenegro last month, while Tottenham Hotspur defender Danny Rose revealed recently he has "had enough" and "can't wait" to quit the game.