The Southern Steel have consolidated second place on the national netball premiership ladder after posting a heart-stopping 60-58 win over the Northern Stars in Auckland. 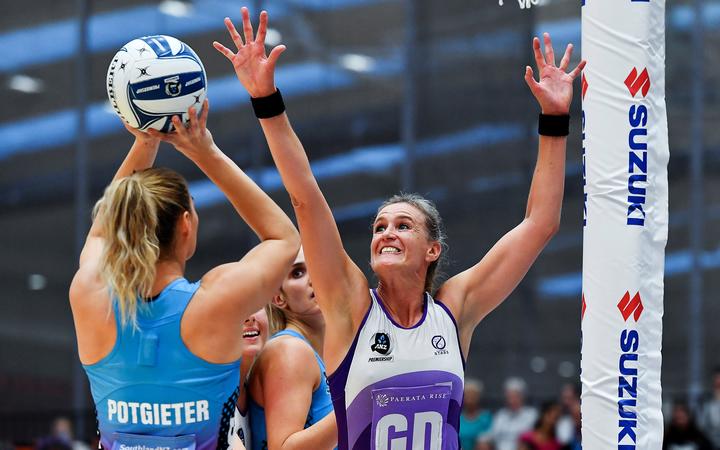 It was the Stars' third straight loss, while the Steel impressed in rebounding from Wednesday's hefty loss to the competition-leading Central Pulse.

The Stars started the game with a young and inexperienced attacking end, midcourter Temepara Bailey and shooter Ellen Halpenny both unavailable, but were well in the contest throughout.

The Steel's patience was enought to see them home, although they had to work hard. Ahead 15-14 at the first break, the defending champions slipped back in the second quarter and the Stars took a 30-26 lead into the main break.

However the Steel took control to win the third quarter 19-14 and lead 45-44 going into the final spell.

In a frantic finish, the Stars trailed by just a solitary goal with less than a minute remaining, eventually running out of time but doing enough to secure a valuable bonus point.