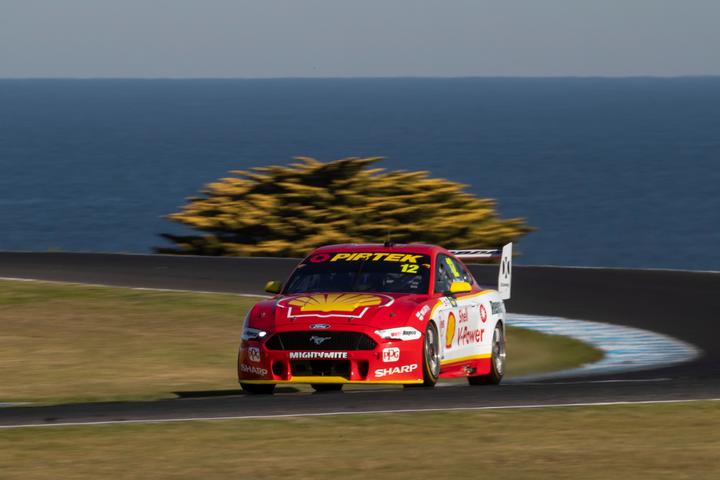 The DJR Team Penske Mustangs were the class of the field, Coulthard jumping polesitter and early leader McLaughlin during the first pitstops.

He remained ahead during the second round, and managed the race from there, crossing the line 0.6793 seconds ahead.

Coulthard's last victory came at Winton last May, and he consolidates his position as McLaughlin's closest challenger in the championship.

"We work so hard as a team, Scott has had a lot of wins this year, which is a credit to all those guys, they've done a fantastic job," Coulthard said.

"To finally get one is awesome, I can't thank my crew enough."

Asked if he was surprised to jump McLaughlin in the stops, he added: "A little bit. I was a little bit shocked. I'm not sure what happened to Scott on one of his outlaps, because I was expecting a red car to go blowing past.

"But thankfully we had great pitstops, we had a fast car, it looked after its tyres, it ticked all the boxes."

"I'm really happy with my weekend, it's been a big week for those guys away, two weeks on the road and to come away with three one-twos is massive," McLaughlin said.

"We'll have a little think about it in the debrief, talk about a few things, but the idea is for the team to win and we've done that on multiple occasions in this past couple of weeks."