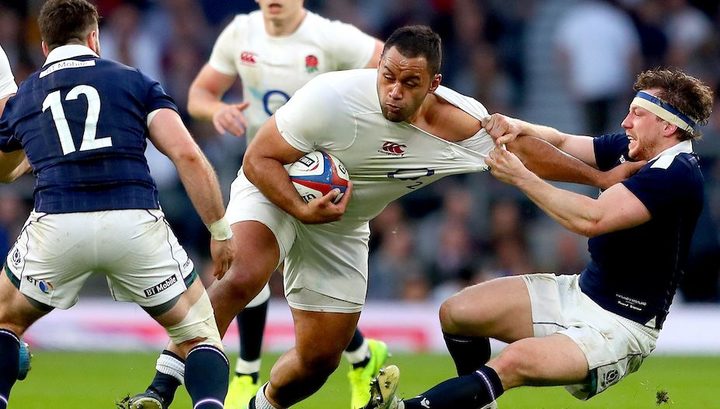 Folau, a fundamentalist Christian, was informed by Rugby Australia on Thursday he would be sacked if he could offer no good reason for a social media post that said gay people would go to "hell" if they did not "repent".

Vunipola said he had been told by three people to withdraw his apparent support for Folau's post.

"He's saying how we live our lives needs to be closer to how God intended them to be. Man was made for woman to pro create that was the goal no?," Vunipola wrote on Instagram.

Folau's post has been 'liked' on Instagram by more than 30,000 users, which according to Australian media reports, included some of his Wallabies team mates.

Vunipola was born in Australia to Tongan parents but moved to the UK as a child and qualified for England through residency. He and his brother Mako both play for Saracens.

"I don't HATE anyone neither do I think I'm perfect," Vunipola added.

"There just comes a point when you insult what I grew up believing in that you just say enough is enough, what he's saying isn't that he doesn't like or love those people."

England's Rugby Football Union (RFU) stressed it does not support Vunipola's views and will meet the England international as a result.

"Rugby is an inclusive sport," an RFU spokeswoman said in an email.

The Rugby Players Association said in a brief statement it acknowledged an individual's right to their own beliefs, but criticised Vunipola's comments.

"We are firmly against any form of discrimination and believe rugby should be an inclusive sport where everybody is welcome, regardless of their race, gender, religion or sexual orientation," the RPA said.

Saracens also condemned Vunipola's post and said the club would deal with the matter internally.

"We recognise that people have different belief systems and we expect everyone to be treated equally with respect and humility," Saracens said in a statement.

"As representatives and role models, Saracens players have a responsibility not only to themselves but to the club and wider society.

"Billy Vunipola's recent social media posts are inconsistent with this and we take this matter very seriously."

Premiership Rugby said inclusivity was one of its core values.

"We condemn any behaviour that encourages discrimination. We are committed -- with the RFU -- to keeping rugby in England inclusive and some of the highlighted social media posts over the last day or so are in opposition to this," Premiership Rugby said.

Folau had posted similar comments last year but escaped sanction and signed a new deal with RA through 2022 in February.

That multi-million dollar contract looks certain to be torn up unless Folau can convince RA and the New South Wales Waratahs that there are "compelling mitigating factors" for sharing the post.

Folau has played 73 tests and helped Australia to the final of the 2015 World Cup in England, where they were beaten by New Zealand.