Japan captain Michael Leitch has accused some top tier nations of wanting to keep high level rugby to themselves after the Sunwolves awere told they'd be cut from Super Rugby after the 2020 season. 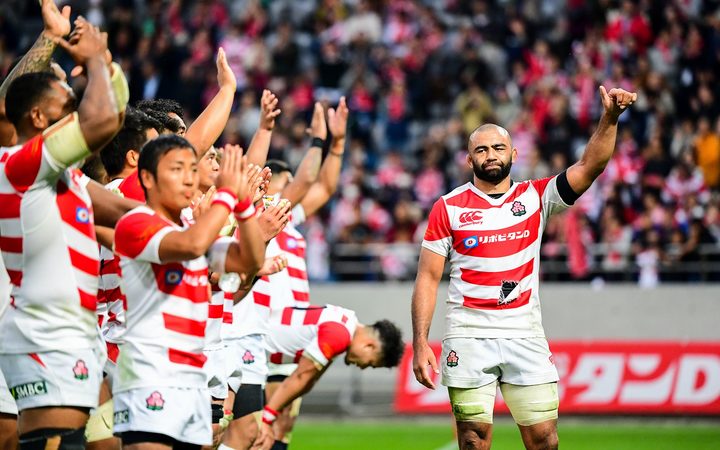 The decision by organiser SANZAAR to revert to a purely southern hemisphere Super Rugby competition was a major blow for Japan and those who champion the growth of the game, as the nation prepares to showcase its development as hosts of the World Cup.

Leitch, who hasn't featured for the Sunwolves this season due to commitments with the national team, believes this is a mistake and that exposure to higher levels of competition is the only way to grow the sport he loves.

"It feels like the strong teams play within themselves and won't let anyone else in," Leitch said.

"The Japanese team, we need exposure and we need to be playing top, Tier One nations on a regular basis.

"I am very disappointed. The reason the national team now is making great steps towards beating quality sides is because we have got that exposure to a higher level."

Japan have made strides in recent years, following their famous victory over South Africa at the 2015 Rugby World Cup. They have recorded comfortable victories over Italy and Tonga and drawn with France in Paris.

The Sunwolves joined Super Rugby in 2016 as World Rugby looked to ramp up enthusiasm for the Rugby World Cup, which begins in Tokyo on Sept. 20.

World Rugby has insisted that hosting the first World Cup outside the sport's traditional heartland will boost the sport in Asia. But the decision to exclude the Sunwolves from the Super Rugby club competition appears to contradict that.

"I think the Sunwolves was the key to expanding in Asia, playing in Singapore and Hong Kong ... but the powers who control the world clearly didn't see it like that."

There has been talk of a lucrative, competitive league being set-up in Japan following the World Cup, but the Japanese Rugby Football Union are yet to confirm any changes to the sport's structure.

One thing is for certain as far as Leitch is concerned: The current Top League structure will not produce players capable of challenging the established powers at the top of the international game.

"To be honest with you, Top League doesn't prepare you well for test matches," said Leitch.

"It will prepare you to beat Tier Two teams on a regular basis, but if you want to become a real formidable force in the world then you have got to be playing in the most competitive competition."

The Sunwolves, who have lost six of their eight matches this season, are next in Super Rugby action against the Hurricanes on April 19.