Australia's most capped player George Gregan has backed the Wallabies to surprise a few people at this year's Rugby World Cup. 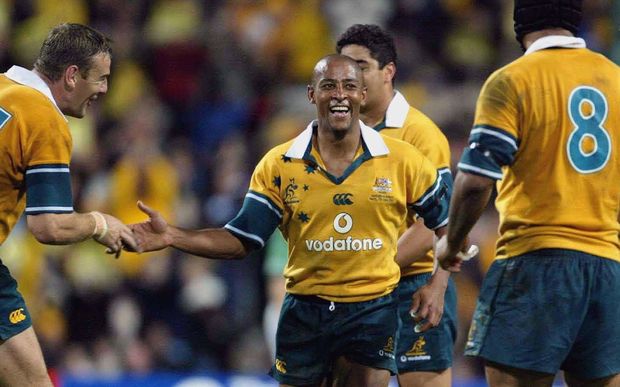 The Wallabies endured their worst test campaign in 60 years in 2018, winning four out of 13 matches and slumping to sixth in the world rankings.

However, former scrumhalf Gregan, who scored 99 points in 139 internationals, believes Michael Cheika's men can peak come tournament time in September, just as they did in 2015 when they reached the final.

"They do have time in a World Cup year, which is a unique year. It is about getting it right when you get over here," said Gregan in an interview with Reuters in Sapporo.

"I just see the margins now, particularly amongst the top eight teams, getting smaller and smaller.

"They can flip that switch, they have that in them."

However, Gregan, who is in Japan in his role as ambassador for World Cup sponsor Land Rover, warned that Cheika's men will have to show improvement in the reduced Rugby Championship that begins in July to then be serious contenders at the right time.

"It's about getting it right on the day and if you are a little bit off, you are out. That is the Rugby World Cup," the 45-year-old said.

"You have a team like Wales, who have won 14 in a row... all the fundamentals of their game are sound and together but the Wallabies team haven't had that for a while," said Gregan.

"I think they (Australia) have just been inconsistent, really inconsistent. They have shown glimpses of what they can do...

"The ability to score points is in that group because they have some world class players; Will Genia, Israel Folau, Samu Kerevi is developing into a really good international centre.

"You can see parts of their game improving, but they haven't put it all together at the same time for an extended period and that is what consistent, good teams do."

Gregan, who won the 1999 World Cup with Australia, has seen his country reach the final on four occasions and said they might even enjoy being seen as underdogs later this year.

"We like going to international competitions and especially if the Wallabies are a little bit under the radar then they can go about their work and do a good block of training... then they will think why not?," he said.

"Sure, we have been inconsistent for three years but it is a seven week tournament and it is a special animal, the Rugby World Cup."

The World Cup begins in Tokyo on Sept. 20 when hosts Japan face Russia.