Watford produced one of the great FA Cup comebacks by coming from two goals down to beat Wolverhampton 3-2 after extra time of a memorable semi-final at Wembley. 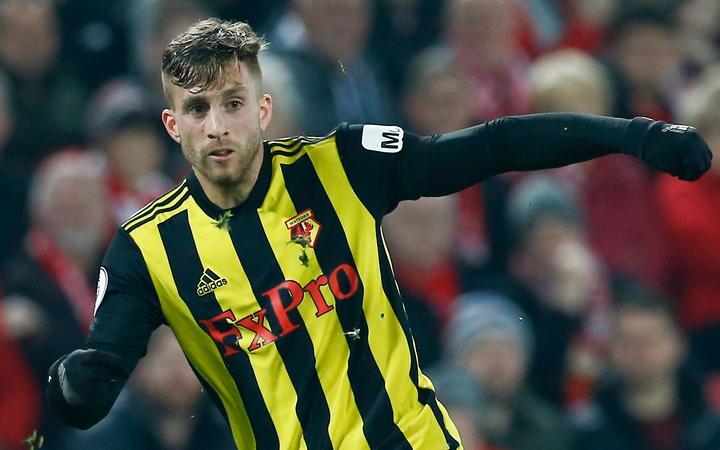 Two-goal substitute Gerard Deulofeu proved Watford's hero as they reached the FA Cup final for the first time in 35 years in astonishing fashion.

The Spaniard scored a sensational individual goal to drag his side back into the match when they were 2-0 down with 11 minutes left and then slotted home the winner in the opening period of extra time to book a final date with Manchester City.

Striker Troy Deeney also enhanced his folk hero status at Watford by nervelessly converting a penalty with the final kick of stoppage time in the 94th minute to enable the Hornets to take the game into extra time.

"This team has got something special. We're not the most talented but the hard work, the desire, you see it there," Deeney told BT Sport, celebrating the club's first Cup final appearance since they lost to Everton in 1984.

"Two goals down, many teams would have called it a day but we kept going, brought the little man (Deulofeu) on, added his bit of magic, and the rest is just hard work."

A first-half header from Matt Doherty and a dazzling piece of skill which saw Mexican Raul Jimenez chest down and volley home acrobatically just after the hour had looked set to be enough for Wolves to prevail in the all-Premier League clash.

Yet an equally virtuoso 79th-minute goal from Deulofeu -- a magnificently executed curling chip -- set up the amazing finale which saw Deeney blast home from the spot after being brought down by Leander Dendoncker.

Deeney had to cope with the nervous wait of a VAR review to determine whether the penalty should be awarded before he smashed it into the net and he reckoned the emphatic conversion was the best moment of his Watford career.

Spanish international Deulofeu, who was brought on in the 66th minute, delivered the killer blow a minute before the break of extra time, driving past Conor Coady on the right before slipping the ball across John Ruddy and into the net.

Deulofeu could have felt some irritation at being left out of manager Javi Gracia's original 11 but said afterwards: "That's not important, the most important thing is that we go to the final and I'm proud to help the team."

The win earned Watford the toughest of dates with overwhelming favourites City, who beat Brighton & Hove Albion 1-0 in Saturday's other semi-final, in the final back at Wembley on May 18.

Pep Guardiola's City are still battling to achieve an unprecedented 'quadruple' of trophies, having already won the League Cup at Wembley and being still in line to win the Premier League and Champions League.

"The final's ages away; for a club this size we should enjoy this moment," said Deeney. "We know Man City are a real formidable team, one of the best in Europe, but it's a one-off game. We're going to show we can beat them."