After waiting six weeks for their first victory in the national netball premiership, the Northern Mystics have recorded their second win in five days, beating the Tactix 64-54 in Auckland on Sunday. 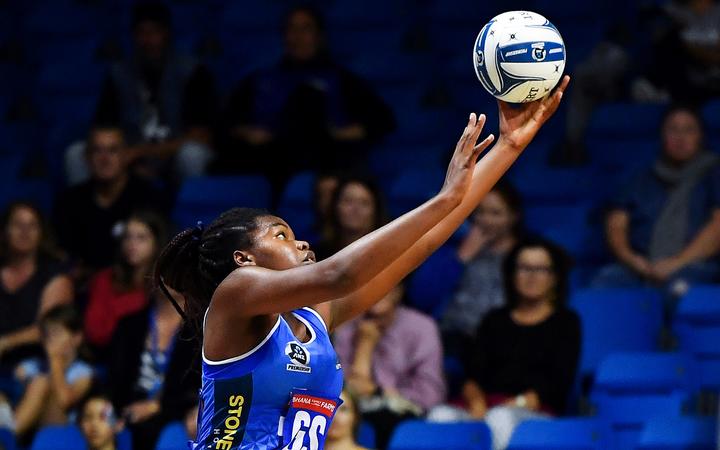 It took a stunning second half revival after the Tactix produced a stellar opening 30 minutes and led 33-24 at halftime.

An inexperienced teenage trio in each third of the court - shooter Grace Nweke, midcourter Tayla Earle, and defender Nanise Waqaira on debut - played key roles for the Mystics.

After receiving a head knock in the last round, captain Phoenix Karaka spent this match on the sidelines as a precaution, forcing the Mystics into a rejigged line-up which took time to settle.

The Tactix responded by taking ther upper hand through the opening stages, and hit the first break 14-10 ahead.

However, the introduction of the long-limbed Nweke after 15 minutes provided an immediate lift from the Mystics.

They closed the lead to just two as the 17-year-old shooter showed her impressive aerial skills in hauling in a succession of long-range bombs.

However, the Tactix weathered the storm, captain Jane Watson in the thick of action in securing turnover ball at the defence end while Ellie Bird was a model of consistency under the hoop.

But their nine-goal lead quickly evaporated in the third quarter, with 18-year-old goalkeeper Waqaira and goal defence Michaela Sokolich-Beatson effective in disrupting the flow into Bird.

The Mystics turned the game on its head in winning the third quarter 19-9 to take a 43-42 lead into the last quarter, before storming away in the final 15 minutes for an outstanding win.