The Warriors are back to winning ways after a 26-10 win over the Gold Coast Titans in front of a home crowd in the NRL. 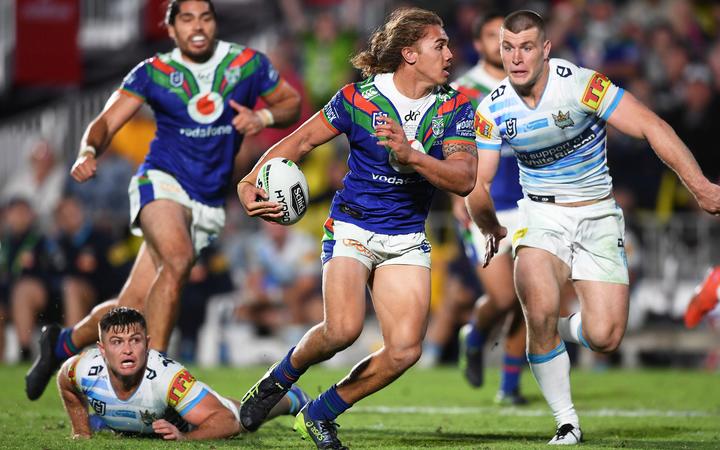 In a campaign that looked close to fragmenting after conceding 80 combined points in consecutive losses to the Tigers and Sea Eagles, the Warriors took advantage of a vulerable Gold Coast side.

The last-placed Titans gifted victory on a platter to the home side to make it four losses from four - an unwanted new club record.

Taylor and Roberts came through unscathed in their returns from injury but had little impact, with the Titans undone by their 69 percent completion rate.

While far from perfect, the hosts more closely resembled the team who thumped the Bulldogs in the first round at the same Mt Smart Stadium venue.

The first of four tries went to Peta Hiku via a slick Blake Green cut-out pass before David Fusitu'a lodged his first score of the season after a neat Roger Tuivasa-Sheck backline injection.

Up 12-0 at halftime, the Warriors looked to have sealed the outcome when Tuivasa-Sheck scored from a Green inside pass.

The visitors duly enjoyed their best period, setting up tries to wingers Dale Copley and Anthony Don in the space of four minutes.

But second-rower Tohu Harris completed the scoring in easily his best Warriors outing this season, shunting aside Taylor on his way to the tryline.

Harris was part of an impressive left edge which featured five-eighth Chanel Harris-Tavita in a promising debut.

The 20-year-old, who replaced fellow youngster Adam Keighran, landed five of his six shots at goal and made a number of lively bursts.