The international football federation says the women's game has been the 'poor younger sister' of the men's game for too long. 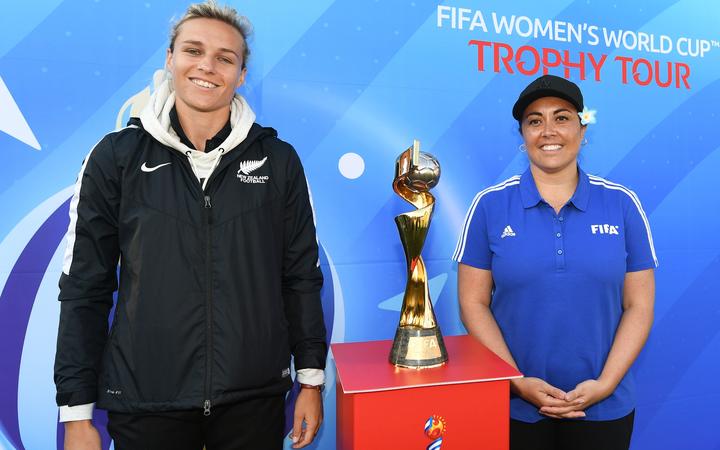 The New Zealander was listed among the 10 most influential sporting figures of 2019 by Sportspro in January.

The FIFA Women's World Cup trophy took centre stage at Auckland's Eden Park today, as part of a tour of the 24 nations that have qualified for the Paris tournament in June.

Ms Bareman said it was a "real privilege" to be able to bring the trophy home to New Zealand.

She said this year's FIFA Women's World Cup slogan 'Dare To Shine' meant it was time for the women's game to "come into the light".

She said New Zealand Football's new leadership and newly-appointed female president were promising signs for the growth of the women's game.

"The fact that they've bid to host the 2023 Women's World Cup shows how much of a priority they're making it and I think we're going to see some big things in the next few years."

Johanna Wood, who was voted in as New Zealand Football's first female president on Tuesday, said she had "big boots to fill".

"It's a little bit like being a suffragette because you're the first woman," she said. "It seems a little bit crazy in this day and age that this is a first - not just in New Zealand but it's a first for a woman to have a voting right around the Oceania table."

She said new governance would provide an opportunity to re-establish New Zealand Football's strategies and goals for the coming years.

"It is a challenging time and an exciting time and it's certainly looking to going forward," Wood said.

"There are good things happening in New Zealand Football," she said. "But definitely in the Ferns space, we have made a step in the right direction with a cultural reset and with an apology to the Ferns - that was really important." 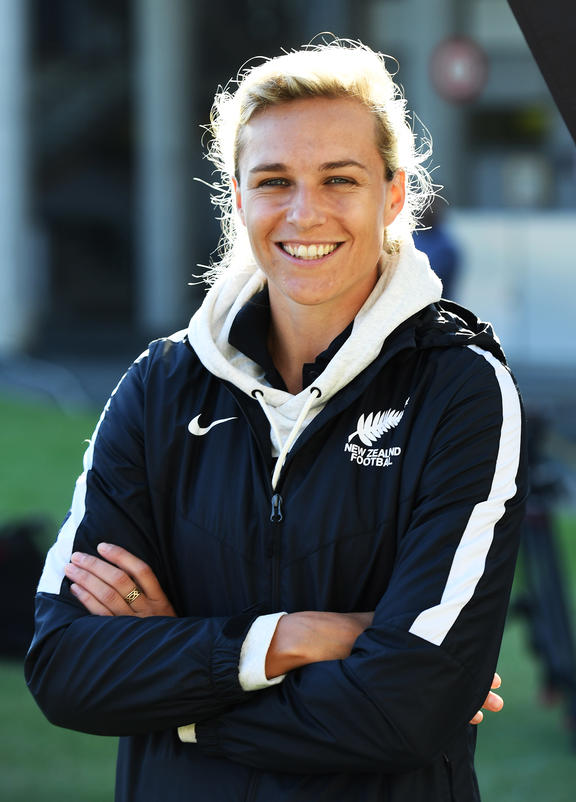 Hannah Wilkinson said she was on the road to full recovery after an ACL injury. Photo: Photosport

The Football Ferns' injured striker, Hannah Wilkinson, said Tom Sermanni had already made a "huge difference" in his six months as the team's head coach.

"It's positive to have someone new and to kind of restablish our culture," she said. "He's made a huge difference already."

Ms Wilkinson said team was in good shape in the lead-up to the tournament.

The striker, who is still recovering from an ACL (anterior cruciate ligament) injury, said she was back training with the team but would spend the next month getting comfortable on the ball and working on her mental game.

The 26-year-old said she was on the road to a full recovery and had not given up hope of playing in this year's World Cup.

"My deadline is May 10, which is when we leave for the US for a game against America on our way to France," she said.

The Football Ferns have been pooled alongside Cameroon, Canada and the Netherlands, who took out the UEFA European Women's Championship in 2017.

Ms Wilkinson said it was advantageous they had played Canada and the Netherlands in a World Cup contest before but the teams would "no doubt" prove strong competition.

"Obviously they'll be stronger this time around," she said. "But it will be good to see how we go."

The striker said Sermanni had set up a "tonne" of games in the coming months to give the team crucial "international game playing experience" ahead of the first few World Cup matches.