The Pulse remain unbeaten in the ANZ netball Premiership after a 68-42 win over the Northern Stars in Porirua. 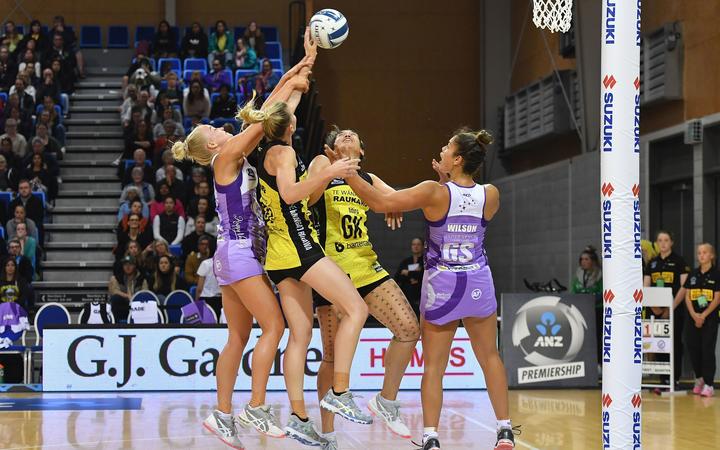 The top of the table Pulse took command of the game in the first quarter.

The Pulse are seven from seven with 21 points, four points ahead of the Southern Steel, while the Stars remain third with 15 points.

The last time the two teams met there was an 11 goal difference but the Stars were without their midcourt general Temepara Bailey, who sat out of the game with a strained quad.

Even that added experience up front this time could not stop the onslaught from a rampant host.

The Pulse put on a masterclass at both ends of the court - a wall of yellow was met with every Stars attacking attempt as the competition leaders made their intentions clear from the start.

Their accumulative defensive pressure stymied the Stars approach to the shooting circle and forced them into numerous errors, while at the other end of the court, the silky shooting and play-making skills of Ameliaranne Ekenasio were on show early on.

The Silver Fern received quality ball from wing Whitney Souness and missed just one of her 14 first quarter attempts at goal.

And when the Stars did their best to shut Ekenasio out of the game, it was her shooting mate Aliyah Dunn's turn to deliver, stepping up in the second and third stanzas.

The hosts took the shine off the Stars to lead 19-8 at quarter time, forcing Kiri Wills to turn to her bench with Ellen Halpenny replacing Charlee Hodges and Kate Burley joining the defensive mix for Storm Purvis.

The Stars coach had used her entire bench before the half time whistles as she searched for something to break the Pulse's grip on the scoreboard. Wing attack Mila Reuelu-Buchanan had been pulled mid-way through the second quarter with Bailey picking up the bib and Holly Fowler coming on at centre.

It gave the Stars a brief respite as they produced their best 15 minutes of play, losing the quarter by just two goals.

Consistency has been the catch-cry for the Pulse and with a 34-21 advantage at the main break, there was to be no let up from the hosts.

Wing defence Karin Burger was in menacing form as she smothered her opponent, disrupted the Stars flow up front and got her hand to plenty of ball.

Pulse goal keep Sulu Fitzpatrick was not to be outdone by her defensive team-mates as she did a stellar job in keeping the ball out of the hands of Stars shooting rock, Maia Wilson.

The ANZ Premiership leaders marched on the third quarter, winning it by eight goals, as the frustration was evident in the Stars' play.

Pulse coach Yvette McCausland-Durie stuck with her starting seven for much of the match with wing Maddy Gordon a late replacement for Souness with just over a minute to play.