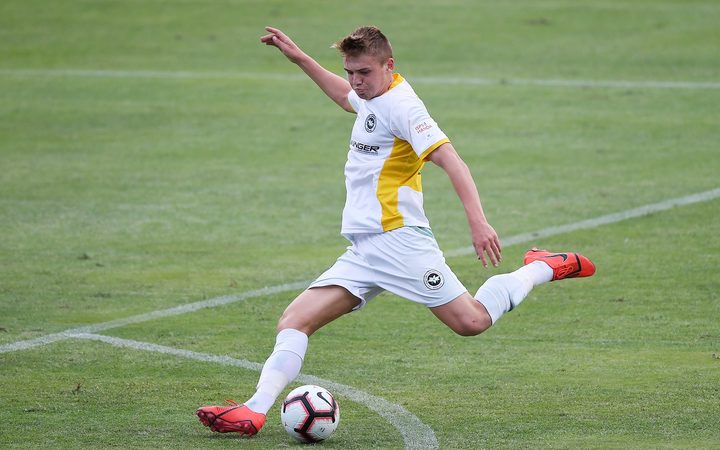 The Danny Hay-coached team went into the final as the younger and less experienced of the two sides but showed little sign of nerves in claiming their first national league title since 1971.

Golden boot winner Callum McCowatt once again underlined his huge potential on New Zealand's biggest stage with two goals of the highest quality to secure the win and take his season tally to 20.

McCowatt was in the middle of most of Suburbs' best attacking play as he, Elijah Just and Andre de Jong caused Wellington's back three plenty of problems throughout the 90 minutes.

The win also secures a historic place in the OFC Champions League for next season alongside minor premiers Auckland City.

Suburbs got off the perfect start in the seventh minute when Wilkins produced a clever lob inside the box to find McCowatt and the 19-year-old hit a sweetly struck volley into the far corner via a heavy deflection.

Unfortunately for McCowatt, the strike was initially off target so will go down as an own goal, robbing him of a hat-trick.

In the 36th minute, McCowatt curled a superb effort from the edge of the area which found the top right corner and left Wellington goalkeeper Scott Basalaj no chance.

Ahead 2-0 at halftime, Suburbs wrapped up the game in the 57th minute when McCowatt found himself in space once again on another long-ranging counterattack.

He summed up his options before hammering home a quality left-foot strike that found the net. It was a body blow to Wellington's title chances, and one from which they never recovered.

Just before the goal, Wellington midfielder and former All White Aaron Clapham was forced off after a sickening head knock but there was a pleasing update as he soon regained consciousness and was taken to hospital to receive treatment.