The Central Pulse have extended their unbeaten streak in the national netball premiership to six games with a comfortable 48-33 win over the Tactix in Auckland on Sunday. 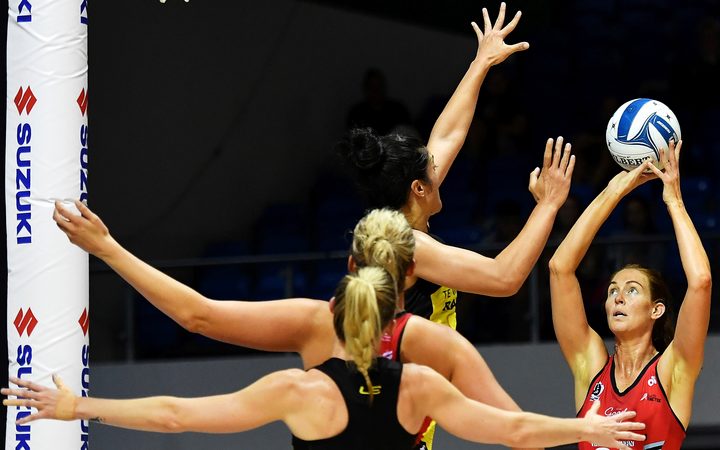 In the first of the afternoon's three matches, the Pulse had to work hard but recovered from a slow start to hold the upper hand for the remainder of the match.

The Tactix's efficient midcourt defensive zone stifled the Pulse early on but the Pulse found their groove late in the quarter, scoring seven unanswered goals to earn an 11-7 lead at the first break.

The Pulse's defensive unit of Sulu Fitzpatrick, Katrina Rore and Karin Burger worked hard to force turnovers, which Meturaua and Ekenasio converted into a 22-15 half-time lead.

Aliyah Dunn took over at goal shoot for the Pulse at the main break, extending the lead to 37-22 at the three-quarter mark before maintaining parity in an 11-11 final 15 minutes.

In the second match of the afternoon, the Northern Stars consolidated third place on the ladder with their fifth win from seven games, accounting for winless cross-town rivals the Mystics 64-50.

Ahead 19-10 after the first quarter, the Stars looked comfortable in controlling the rest of the game, leading 35-26 at halftime and 49-38 at the last break.

And in the final game of the day, a dominant first quarter from the second-placed Southern Steel set up a well-timed 59-46 win over the Magic.