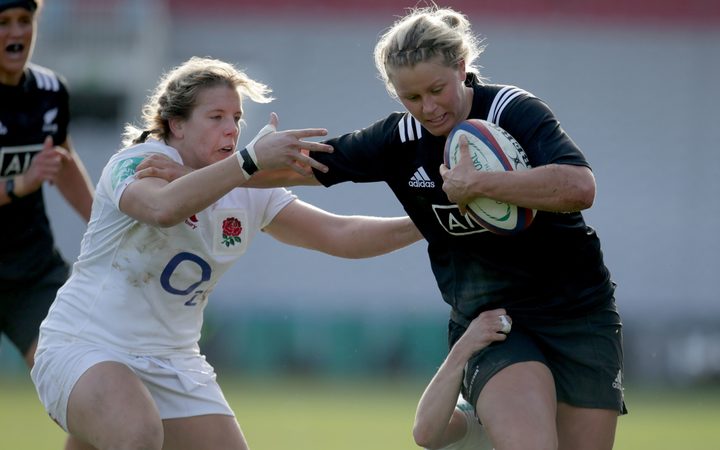 The Black Ferns aren't worried about the upcoming men's Rugby World Cup in September, they are focussed on working toward their own pinnacle event in 2021.

In June the Black Ferns will have their first true test of the year with a different looking squad when they compete against the top five women's rugby sides in San Diego for a Women's Rugby Super Series.

It's the first series since the notable departures of Linda Itunu and captain Fiao'o Faamausili which has seen new names contracted to the squad.

Waikato centre Chelsea Alley admits it's a different feel in camp but a positive one.

"We are obviously already starting our bill towards the women's world cup, that's the pinnacle event" says Alley

"The men's world cup is exciting stuff, but we don't let that distract us from our next job which is the women's world cup and it's only two years away."

"There are a lot of new girls who have been rewarded with spots in camps and contracts, it brings new energy and excitement to the group."

With teams all playing each other once, the event will be comprised of 10 test matches spread out over five days of competition between June 28 and July 14.

The tournament was last hosted by the United States in 2016 where Canada won the title and England finished as runners-up for the second consecutive year.

The Black Ferns have completed one national camp so far with another set for this weekend, and Alley believes the 'loaded' calendar is beneficial for their impending world cup prep.

"There are more camps than in the past because we have such a short amount of time to work on our game plan," says Alley

"You have to put the work in a couple years out to come up with the goods, you can't expect to keep it mind the year of the world cup and expect to do well.

"We are already putting systems in place, getting good depth in our squad with a constant stream of girls pushing for spots all with world cup in mind."

"Rugby in America is growing and we realise them along with Canada, England and France are all up for the challenge. We are sitting at the top of the world, so we are the ones everyone wants to knock over."

The Black Ferns will also play two tests against Australia in August.