St Kentigern College in Auckland has agreed to stand down some of their first XV rugby stars for at least six games after being chided for recruiting out-of-town players. 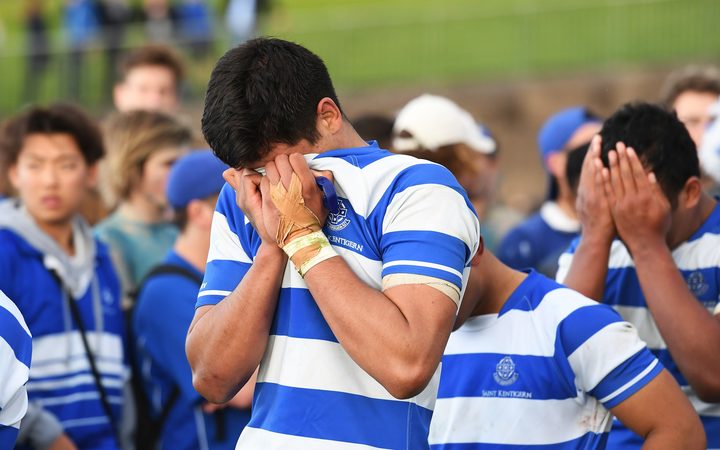 St Kentigern decided it would also stand down their new-to-school players in any semi-final or final games. Photo: Photosport

Ten other schools had threatened to boycott their games against St Kentigern because of the school's excessive player recruitment.

An independent review has found that the school did engage in the practice, but that a boycott by other colleges wasn't in the best interest of the players.

St Kentigern will not play their new-to-school players from outside of Auckland for the first six games of the 2019 tournament and they won't be available for any play-off games.

The school was criticised for "undertaking a sustained period of annual strengthening" of its 1st XV side which included "awarding scholarships for players to move from competing schools" to boost its chances of winning.

Panel chair Tim Castle said the panel was "satisfied that over quite a lengthy period St Kentigern have engaged in this strategy - with some success".

But, Mr Castle said other schools weren't immune from such allegations themselves.

"Kāti rawa i konei, me mutu ēnei mahi. Enough is enough; this practice must stop."

The panel's compromise solution was turned down by the ten schools, but that would be breaching CSA bylaw 15.1, which needed participating schools to "participate fully" in any CSA competitions they entered.

Later, St Kentigern decided it would also stand down the new-to-school players in semi-final or final matches.