After their emphatic start to the NRL season, the Warriors have come back down to earth with a thud after going down 34-6 to Wests Tigers in Campbelltown. 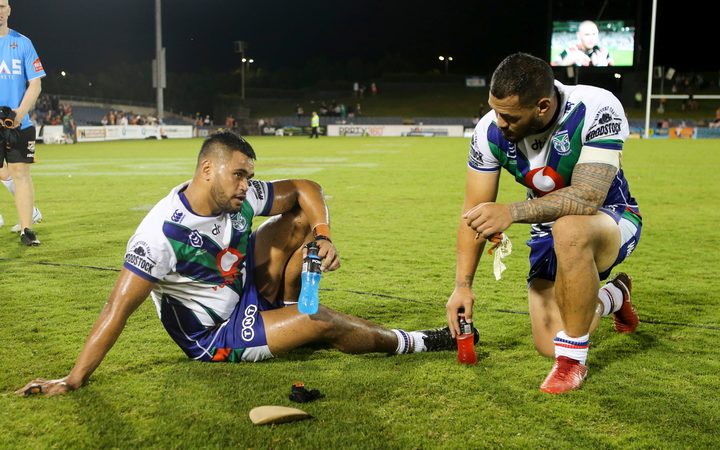 The Tigers scored six tries to one with Ken Maumalo touching down for the visitors just after half time.

Robbie Farah turned in his second vintage performance in as many weeks to lead the Tigers to the top of the NRL table for the first time in club history.

Farah twice caught the Warriors napping on blindside plays, grubbered for a third, and then helped himself to his side's fourth in their emphatic victory.

The 35-year-old's mesmerising display on Sunday comes a week after scoring two tries and assisting on another in their round-one win over Manly.

It was a stark reminder for the Warriors who opened their season with a 40-6 win over the Bulldogs.

New coach Michael Maguire is now not only undefeated over the opening two games, but the Tigers are now on top of the league on points differential.

Never in the history of the joint venture have the Tigers led the competition.

Compounding the defeat for the Warriors was forward Sam Lisone getting cited for a crusher tackle on Thomas Mikaele in the second half.

Warriors coach Stephen Kearney admitted some individuals may have gotten away with their emotional round-one romp over Canterbury.

"It was a big week for the footy club last week for a number of reasons," he said.

"The lesson for this footy team is that the NRL, it's every week you've just got to turn up regardless of the opponent, what round it is.

"Possibly there were some individuals tonight who are still on the cloud that they finished off with last week, it was a good lesson for them."