Spain captain Sergio Ramos has scored another "Panenka" chipped penalty to give his side a 2-1 home win over Norway in their opening Euro 2020 qualifier, while Italy earned a solid 2-0 victory over Finland. 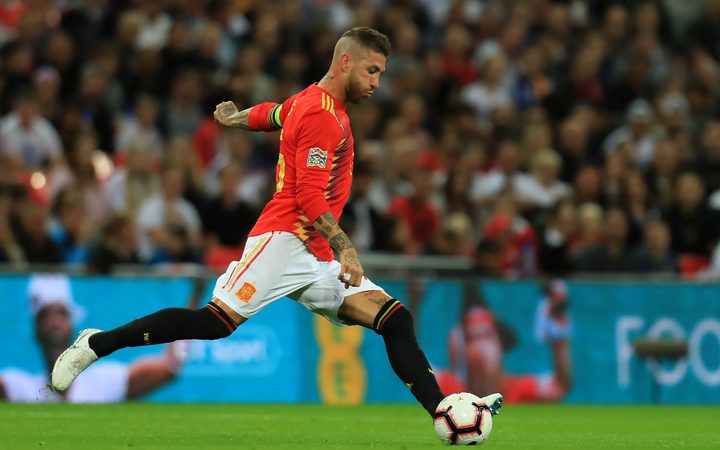 Spain made a slick start and took the lead in Valencia when Rodrigo Moreno volleyed in Jordi Alba's cross from close range in the 16th minute, and continued to dominate proceedings without carving out clear chances.

Norway, who had done little in attack, levelled in the 65th minute with a perfectly-taken penalty from striker Joshua King, before Spain earned a spot- kick of their own six minutes later via Alvaro Morata.

Ramos easily deceived Norway keeper Rune Jarstein by chipping the ball down the middle of the goal to score a "Panenka".

"It's the start of a new journey and what better way to win than against an opponent who made it tough for us despite our possession? We knew it was going to be hard work," the Real Madrid-based Ramos said.

Barella put the Azzurri ahead on seven minutes, pouncing on a clearance and firing a low deflected drive past goalkeeper Lukas Hradecky.

Italy remained in control, but created no telling chances in the first half. Ciro Immobile missed a header after the break and Teemu Pukki botched a close- range chance in one of Finland's rare forays before Italy sealed victory in the 74th minute, with Immobile feeding Kean to score.

"It was not easy because they switched to five defenders early in the game ... We had some problems at the start but we wanted to score and did better in second half," Italy coach Roberto Mancini said.

Elsewhere, Switzerland started their Euro 2020 qualifying campaign with a 2-0 win over Georgia in Tbilisi. German-based players Steven Zuber and Denis Zakaria got the second-half goals for the Swiss in their Group D match.

The Republic of Ireland, meanwhile, scraped a 1-0 win at Gibraltar, and Sweden began with a 2-1 victory over Romania. Malta also defeated the Faroe Islands 2-1, and Bosnia and Herzegovina edged Armenia 2-1.