The Brooklyn Nets' 111-106 victory over the Lakers has eliminated them from postseason contention, leaving LeBron James to miss the NBA playoffs for the first time in 14 years. 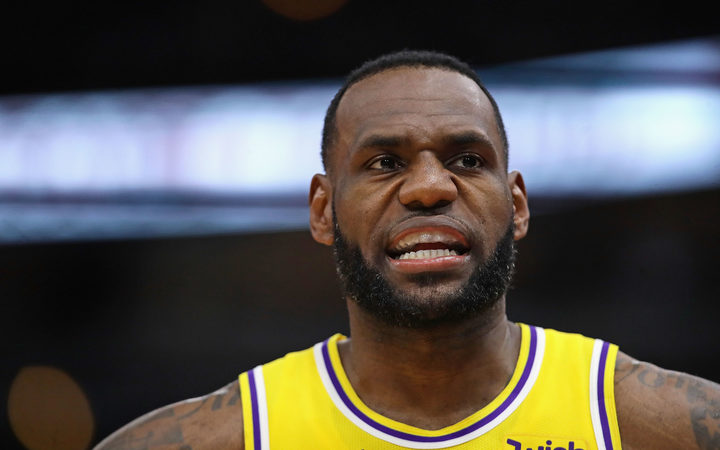 The Lakers lost their fifth straight game after dropping to 2-12 in their last 14 and will miss the playoffs for the sixth straight season. The loss officially ensured that James will miss the postseason for the first time since his second season with the Cleveland Cavaliers in 2004-05.

James won three championships in eight trips to the finals with the Miami Heat and Cavaliers, astonishingly taking a roster of no-names to the finals against the Golden State Warriors last year. However, the Cavs were swept 4-0.

In the offseason, James signed a four-year contract with the Lakers. With a roster of young prospects and veterans, James was able to forge a 20-14 record.

Unfortunately he suffered a groin strain in a Christmas Day win against the Warriors and missed 17 straight games. It was longest injury break of his career.

The Lakers were still in playoff contention when James returned but rumours around trading their young core for superstar forward Anthony Davis threw the team into turmoil.

After All-Star Weekend, the Lakers were just three games back from a postseason spot final spot but went 3-12 since.

The Nets' win was the final nail in the coffin.

Brooklyn's D'Angelo Russell added 21 points and 13 assists against his former team. Russell became the first Net to post three straight games with at least 20 points and 10 assists since Kenny Anderson in January 1994.

The Nets shot 40.2 percent from the floor in a game that featured 23 lead changes and 16 ties.

JaVale McGee led all scorers with career highs of 33 points and 20 rebounds for the Lakers, who shot 38.5 percent from the field. James finished one rebound shy of his 81st career triple-double, totaling 25 points, 14 assists and nine rebounds.

The Lakers also were within 109-106 following two free throws by James with 53 seconds to go, and they had a chance to tie when Russell missed a 3-point attempt with 32.9 seconds left. The Lakers never got a shot off as James committed a turnover along the baseline while being guarded by Jarrett Allen, and the Los Angeles star appeared to come up a little gimpy.

Neither team scored in the final 2:42 of the first quarter, which ended with the Lakers holding a 23-20 edge. The Lakers took a 29-22 lead early in the second on a dunk by McGee, but the Nets held a 44-43 lead at halftime after two free throws by Dinwiddie with 7.9 seconds left.