Silver Fern great Irene van Dyk believes men's netball skills are being underrated and playing them during her international career made her a better player. 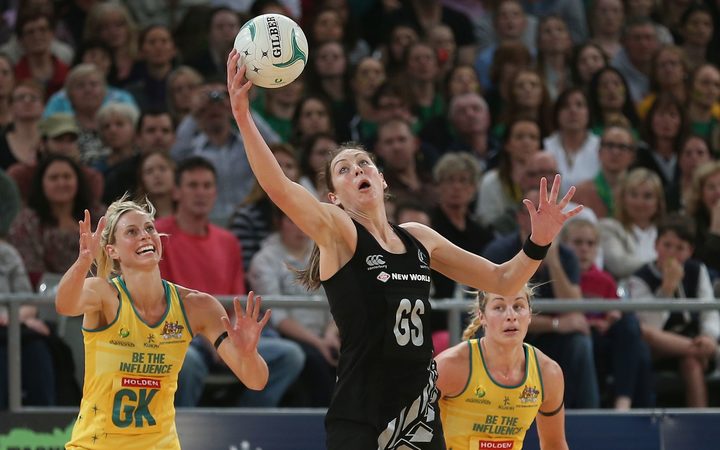 Men entering the international netball arena is seemingly a new era for the sport in the public's eye, but for the veterans of the game it's nothing new.

Former Silver Ferns goal shooter Irene van Dyk remembers playing against multiple men's teams all over the country in preparation for international tests, and says she is a better player because of it.

The Silver Ferns will face an invitational men's team in June in preparation for the Netball World Cup but it has quickly come under fire with reports of worry over the safety of female players.

van Dyk, who played against male defenders, says concerntrating on the physicality men bring to the game rather than their on-court intelligence is a mistake.

"Unless you are a netty player and you have played against the men, the public have no idea how incredibly skillfull these male netballers are," says van Dyk

"They haven't seen them and I think with it being televised it's going to be an epic battle - they have to be seen because we have some incredible male netball players."

van Dyk, who retired from international netball in 2014, played against men's teams with the Silver Ferns regularly in the early 2000's in Christchurch, Auckland and Waikato she recalls.

Now a specialist coach at the Central Pulse, she remembers playing men's sides at least two times before every international test. It wasn't televised, in fact near no knowledge of these practice games were made public at all, but van Dyk says the skill they brought was always the best preparation to take on the world.

"They have made me a better netballer so I am stoked that our netballers are going to get the opportunity to prepare against them," says van Dyk

"The men are incredibly fast, the ball travels twice as fast, they jump twice as high and they hang for days in the air [she laughs], so you literally have to adjust within the game and for the other 55 minutes you are trying to outsmart them."

"They were not more physical than any other female netball team, they play with incredible skill and aren't there to hurt you, they play for the same reason any female team do."

Taurua says the men's x-factor is a dimension people aren't used to but wants the men to mimic the tough competition they are set to face in the world cup, and believes televising the match is a positive thing.

Where safety is concerned Taurua understands the worry but in her experience playing and training alongside men it's only proven this match is worth having.

"We are professional athletes and what I have found over the years is that the elite men's players want to play good netball," says Taurua

"We need to prepare ourselves and the men we have in New Zealand are as skillful if not better than us in what they demonstrate on court."