In a world first, the Silver Ferns will play against the New Zealand Invitation Men's Netball team as well as Fiji Pearls and an All Stars side in June. 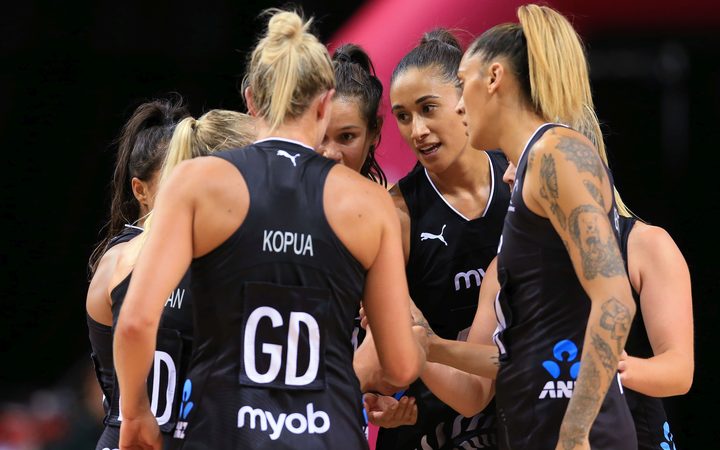 Netball New Zealand Chief Executive Jennie Wyllie said it was landmark moment for Netball and they were pleased to secure quality opposition ahead of the Netball World Cup in July.

"We are thrilled to create a world first with the Silver Ferns playing the NZ Men's Invitation team. We're excited to have Fiji back as they will offer a different style and it also gives them the opportunity for some tough matches as they too look ahead to the Netball World Cup."

The matches against the New Zealand Invitation Men's team and an All Stars team largely selected from the 2019 ANZ Premiership teams, would also give the Silver Ferns a thorough workout in what would be their last public displays before heading to Liverpool in July.

Head of the New Zealand Men's Netball Association David Pala'amo said it was terrific for men's netball to be recognised.

"The New Zealand Men have often trained and played against the Silver Ferns leading into key events but they will now have the chance to showcase their skills to the whole country during this series which is exciting."

Silver Ferns coach Noeline Taurua will name her Netball World Cup side on May 23, leading into the ANZ Premiership Finals Series while national selectors will confirm an All Stars team to be guided by a mentor coach and two apprentice coaches - to be announced at halftime of the ANZ Premiership's Grand Final on June 2.

In addition to the June International Series, the Silver Ferns will be back in action in October when they contest the Constellation Cup against the Australian Diamonds.

Two Tests will be played in Australia while Christchurch's Horncastle Arena and Auckland's Spark Arena will host the matches on this side of the Tasman.