The 17-year-old finished 0.30s behind American Mikaela Shiffrin in the Giant Slalom at the FIS Alpine World Cup Finals in Andorra.

"It's amazing to be able to share my first podium with these two athletes," said Robinson.

"They have been the most dominant on the tour this season so it's amazing."

The last NZ athlete to podium at a FIS Alpine World Cup was Claudia Riegler in Slalom in 2002.

Robinson earned her start at the World Cup Finals as the current Junior World Champion in Giant Slalom.

She has been turning heads this northern hemisphere season with a string of impressive results including a Europa Cup win and two Europa Cup silver medals.

"It's crazy, it's a little bit surreal, a perfect day," said Robinson after the race. 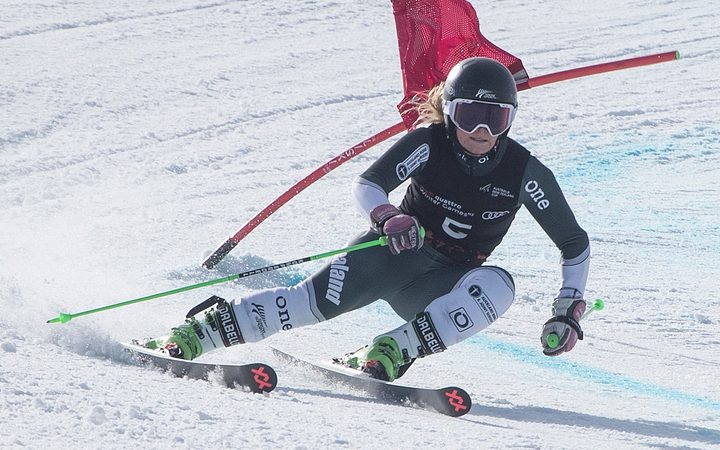 The last racer to start, in bib 21, Robinson skied in to third place with her first run and kept her focus for a blistering second run which saw her jump in to the silver medal spot.

"After the first run I was in third and I knew just to keep calm and ski another good run and hopefully it would keep me in the same position. I'm just really happy to move up," said Robinson.

This is the final race of the season for Robinson who will now return to New Zealand and resume her Year 13 studies at high school in Queenstown.

Robinson represented New Zealand at the Pyeongchang Winter Olympics as a 16 year old and only qualified for the World Cup finals after winning the giant slalom at the junior world championships last month.

She is coached by Chris Knight a New Zealander who coached the legendary American skier Lindsey Vonn who is one of only two female skiers to win World Cup championships four times.