The feud between Supercars champion Scott McLaughlin and Cam Waters proved to be short-lived but their collision at the Australian GP remains under investigation. 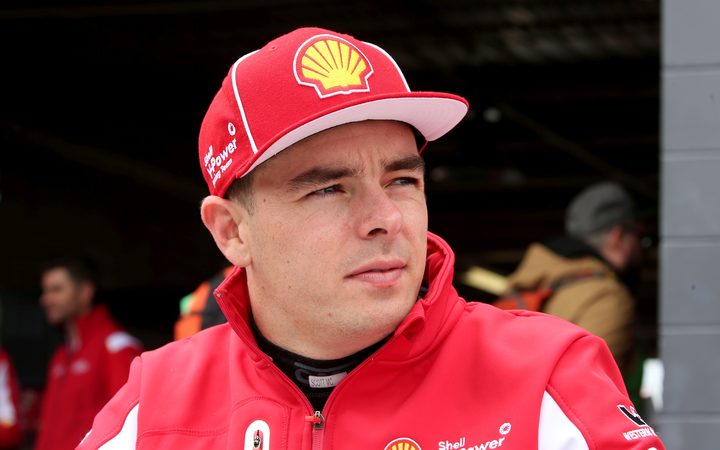 New Zealand Supercars driver Scott McLaughlin demanded an apology from Waters after a warm-up lap incident had sensationally wiped the series leader and pole sitter from the front row for Saturday evening's race at the Albert Park circuit.

McLaughlin retreated to the garage with Waters, who was set to start from second of the grid, after the pair's Ford Mustangs made heavy contact while weaving to warm up their tyres.

Neither was able to make it back to the starting grid for the 25-lap race, robbing McLaughlin of the opportunity to open the series with five wins from five starts.

Chaz Mostert made the most of the shock scenario to win his first race of the season in his Tickford Racing Mustang, with Jamie Whincup (Red Bull HRT) second and Tim Slade (Brad Jones Racing) third.

Slade effectively started from pole position, with teammate Nick Percat beside him, after the extraordinary exits of McLaughlin and Waters left the front row vacant.

Despite initial anger on both sides at the costly bingle, the pair caught up in the paddock while the race continued and shook hands after a brief chat.

"We race humans, humans make mistakes - whoever is to blame. I start P2 for (Sunday) and an opportunity to win another race.

"Sorry to the guys, unfortunate circumstances."

"Whether it's my fault or not my fault, I've apologised to everyone anyway," Waters said.

"It shouldn't really happen, and it cost us a good result which I think we would have had that race."

McLaughlin's championship lead over Whincup was slashed from 116 points to just 24 following the result.

The Kiwi will get the chance to work his frustrations out when he starts from second position, behind Mostert, in Sunday's final race of the meeting.

Waters will be on the second row in fourth alongside Whincup in third.