Rafael Nadal withdrew from the Indian Wells tournament with a knee injury, shortly before his semi-final clash with great rival Roger Federer. 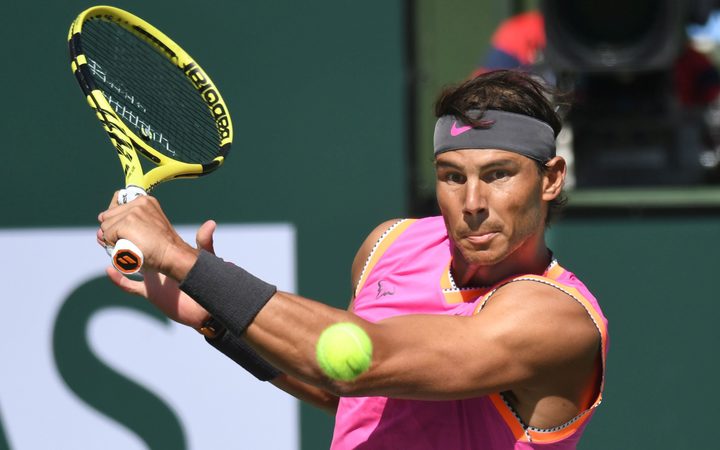 Federer, bidding for his 101st career title and a record sixth Indian Wells crown, received a walkover into the final, where he will play Dominic Thiem, a 7-6(3) 6-7(3) 6-4 victor over Milos Raonic in Saturday's only semi-final.

Federer's scheduled meeting with Nadal would have been the 39th in their long rivalry and the first since 2017, leaving the Swiss to say "it's a big letdown", a sentiment felt by everyone at at Indian Wells.

"I warmed up today and I felt that my knee was not good to compete at the level I needed to compete in semi-final," Spain's Nadal said in a statement. "It's tough for me to accept all these things that I'm going through in my career."

Nadal said he would now return home to Mallorca and would not play in the upcoming Miami Open. He hopes to return at the Monte Carlo Masters, which begins on April 14.

It was just the fifth time in Nadal's career that he had conceded a walkover, and the first to Federer.

"I am obviously excited to be in the finals, but not this way," said the 37-year-old Federer. "We've had so many epic battles and I know now that every one we have could be our last. Was this our last chance? I hope not."

The knee had begun to bother Nadal in the second set of his 7-6(2) 7-6(2) victory over Karen Khachanov in the quarter-finals on Friday.

He had not dropped a set in reaching the semi-finals.

"For me, it is not about today only," the world number two said.

"It's about what it means for me to have to pull out in a tournament that I love so much like this one, and in the semi-finals after playing well during the whole tournament. You can imagine that I can't be happy."

Nadal, who has struggled with knee injuries throughout his stellar career, was the second high-profile player to withdraw from the tournament.

Last Sunday, Serena Williams retired from her match against Garbine Muguruza with what the tournament said was a viral illness.