Mainland Tactix coach Marianne Delaney-Hoshek recalls the sick feeling in her stomach while in lockdown during mosque terror attack on Friday. 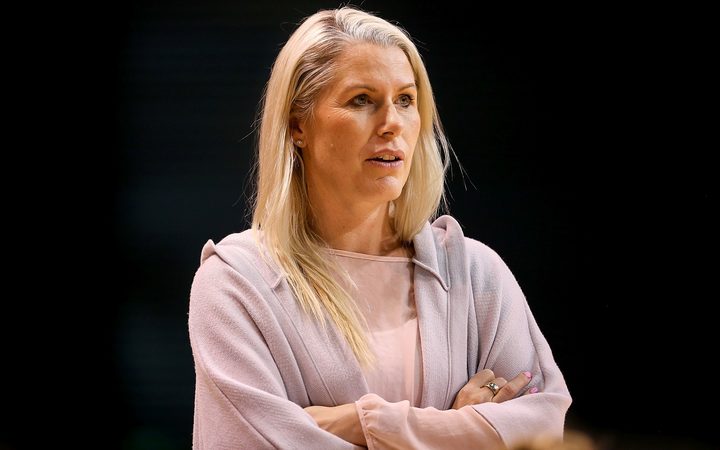 The Mainland Tactix say after the mosque terror attacks in their city of Christchurch, they have a whole lot more to play for in ANZ Premiership's fourth round.

Not only was their city under siege after gunmen attacked two mosques in Christchurch yesterday, leaving 49 dead and many injured, the Tactix coach and players were forced into what they describe as frightening lockdowns throughout the city.

At today's final training session before they meet the Southern Steel tomorrow, coach Marianne Delaney-Hoshek explained to RNZ the disbelief she feels that this could happen to her city.

"It's been a mad time and lots of us have been locked down in different buildings throughout the city which was really scary," says Delaney-Hoshek

"We are just thinking of those poor people who were just peacefully going about their day praying - it's just hard to believe."

The Mainland Tactix are proud Cantabrians who have faced adversity as a domestic netball side like no other, and Delaney-Hoshek likens the sick feeling in her stomach to that she felt during the 2011 earthquakes.

Delaney-Hoshek was given a tip to get the school to pick up her children as a matter of safety where she was forced into lockdown.

Once her family was safe, she made contact via text and Facebook to ensure her Tactix team and staff were safe, her urgent concern were players who live near the shooting location.

"That pit feeling in your stomach, hearing the choppers it was the same as the earthquake days... we just kept in touch like Sophia was in town working on lockdown there, I put out a message to the girls if anyone was on their own to come to my house," says Delany-Hoshek

"It's not nice to be on your own and particularly because some of the girls are flatting in the Riccarton area where everything was happening."

Despite the events weighing heavily on players and staff hearts and minds, Sunday's match against the Southern Steel will go ahead.

While preparation was completed during the week, a lot of Saturday's training session was about making sure everyone was comfortable about travelling away from family at this time.

"As a coach for me it's a hard thing trying to make sure everyone's OK and then having to go away from our families tomorrow to play, it will be hard."

The Tactix will play the Steel on Sunday night in Invercargill at 6.10pm.

All matches played in round four will observe a minutes silence as a sign of respect.