New Zealand batsman Ross Taylor says he had his late mentor Martin Crowe on his mind as he hit another milestone on day four of the second cricket Test against Bangladesh in Wellington. 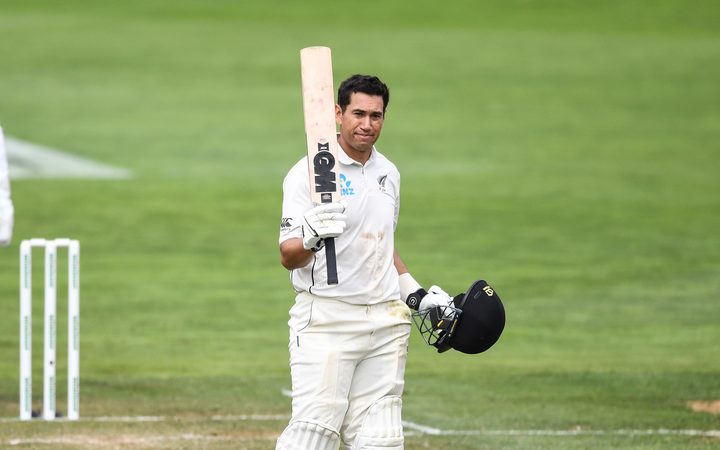 Taylor scored his 18th Test century and third double-ton as he made 200.

Heading into the final day Bangladesh are 80 for three in their second innings, still trailing by 141 runs.

Taylor equalled Crowe's record in December 2017, but had to wait a long time for the next one, to go past Crowe who died in March 2016 of cancer.

The 35-year-old said trying to get past Crowe's mark had weighed heavily on his mind.

"I told 'Hogan' [Crowe] "my apologies" for taking so long to get there," Taylor said.

"I also broke his record for most runs at the Basin Reserve, so he's probably a bit annoyed with that one.

"I guess 17 was such a big number when I just started playing cricket. Once I got there it was probably a bit of a relief and then didn't kick on. It was probably a little in my subconscious.

"I must admit it probably played on my mind for a bit as well, so before this I had a chat to our sports psych guy Pete Sanford and just acknowledged that it's always going to be there. But now it's nice to knock it off and just go out there and play."

Captain Kane Williamson tops the New Zealand standings for most Test centuries with 20.