An emotional Ross Taylor has remembered his mentor the late Martin Crowe after joining Crowe and current Black Caps skipper Kane Williamson at the top of the list of New Zealand test century scorers.

Taylor has brought up his 17 test century on day three of the second test against the West Indies in Hamilton finishing 107 not out as New Zealand declared their second innings at 291 for eight, setting the Windies 443 to win.

At stumps the tourists were 30 for two still needing another 414 runs to win.

Taylor said he felt Crowe was with him during the innings.

"He always said when there is a butterfly that's (me) and there was a butterfly out there when I was on about 70 so that was pretty good."

Taylor said he had tried not to think about the looming milestone. 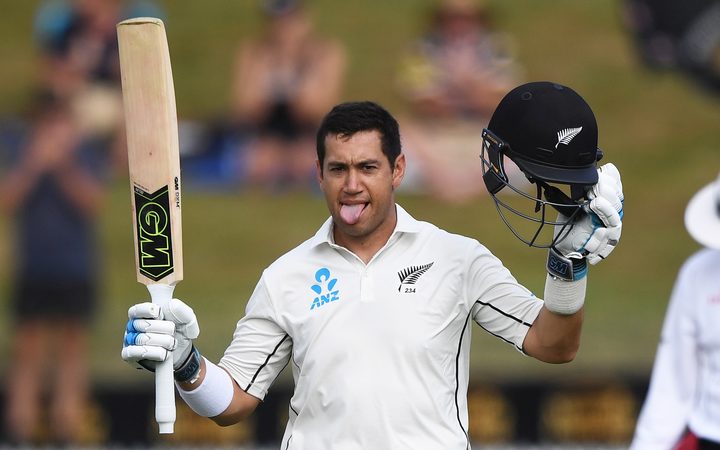 "People have made a lot of it with Kane already there but when I first met Hogan [Crowe] back on 2006 he wanted me to get to 17 and beat him by going onto 18.

"So it was a special moment to get there and as the game goes on I am sure it will sink in a little bit more."

Taylor said he didn't get too nervous as he approached the three figure mark as the game situation was at the forefront of his mind.

"We still weren't out of the woods and we needed to keep on batting and get that target over 400 ... but then to get to the three figures was certainly satisfying.

The West Indies will have to chase down what would be a world record if they are to win the test.

They will have to surpass the 418 they scored in 2003 at St John's to beat Australia.

The highest successful fourth innings chase on New Zealand soil was also set by the West Indies, when they scored 348-5 to overcome Graham Dowling's side at Eden Park in March 1969.

Look back over day three here: