Latest - the Black Caps put on a dominant performance on day four of the second cricket Test against Bangladesh in Wellington, in which Ross Taylor stared with 200. 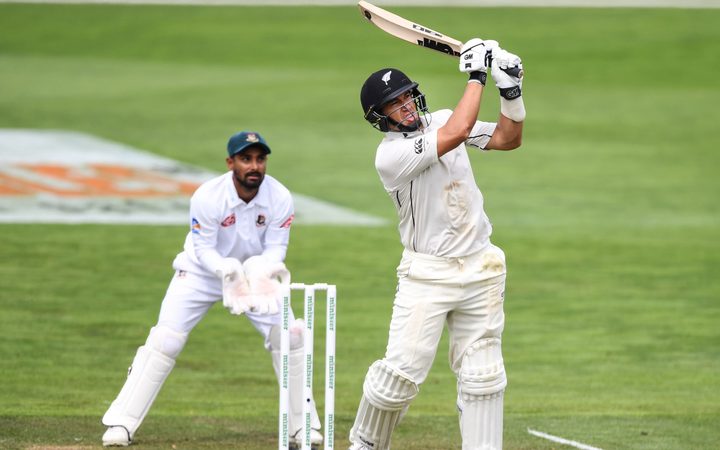 Ross Taylor hits a six to bring up his century, on his way to 200 in the first test between the New Zealand Black Caps and Bangladesh. Photo: © Copyright Andrew Cornaga / www.photosport.nz Photosport Ltd 2019

New Zealand will fancy their chances of getting a result tomorrow if the rain stays away.

The Black Caps declared on 432/6 - setting Bangladesh 221 to force the home side to bat again.

Trent Boult set the tone by knocking over Tamim Iqbal on the second ball of Bangladesh's innings.

Captain Kane Williamson, who made 74, will have an MRI scan tomorrow morning on a shoulder injury. 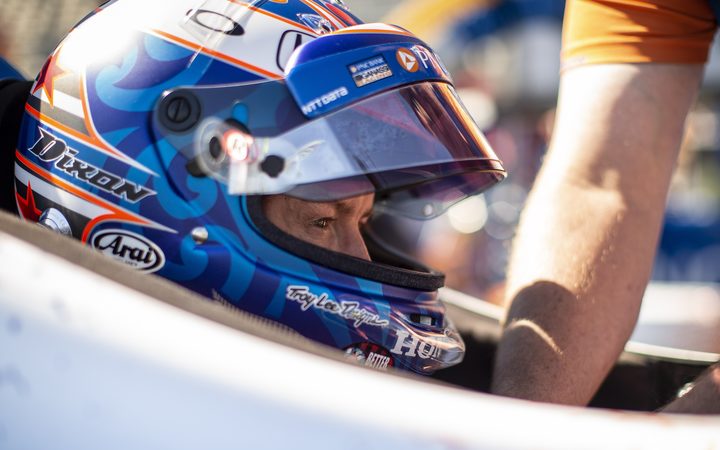 He started fourth on the grid.

The All Blacks sevens have finished their Vancouver campaign fifth overall with a 26-19 win over England. 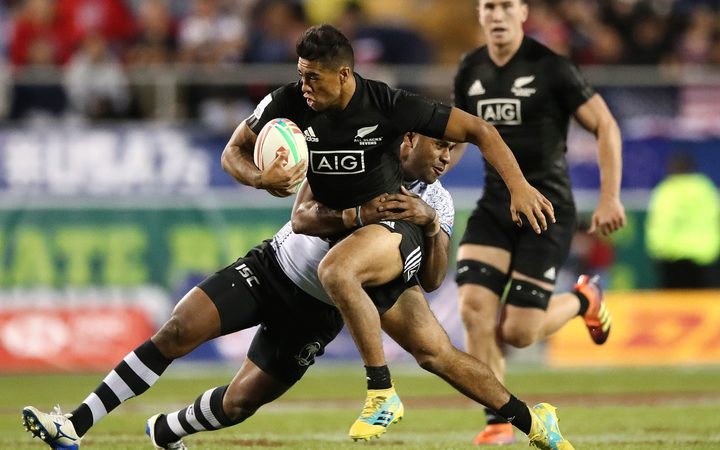 The New Zealand men's sevens team were beaten 22-21 by Fiji in a thrilling quarter-final, before coming from behind to beat Argentina 26-21 in the first fifth place playoff.

In the final, South Africa beat France 21-12 to win the Vancouver leg of the World Series.

Liverpool remain in touch with City

Two goals each for Roberto Firmino and Sadio Mane helped Liverpool to keep in touch with English Premier League leaders Manchester City with a 4-2 win over lowly Burnley at Anfield. 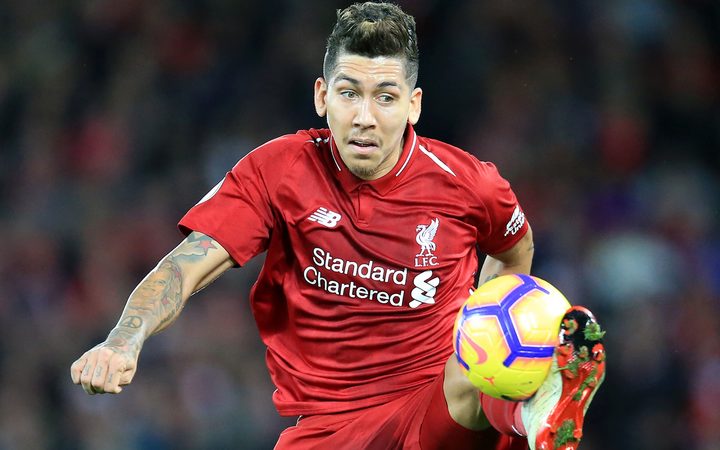 Juergen Klopp's side move to 73 points, one behind City, who beat Watford 3-1 yesterday. Both teams have eight games remaining.

An injury-time goal from Eden Hazard salvaged a point for Chelsea against a dogged Wolverhampton Wanderers with a 1-all draw.

The result leaves Chelsea in sixth.

Ireland finally found some Six Nations rugby form by handing France a hammering that was flattered by the 26-14 scoreline to keep alive their remote chance of back-to-back titles ahead of next weekend's finale of games. 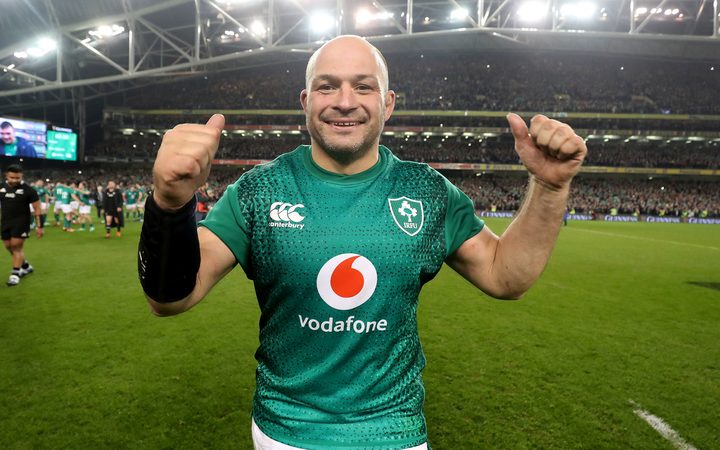 After misfiring in an opening loss to England and getting stuttering wins over Italy and Scotland, the defending champions completely overwhelmed the French with tries from Rory Best, Johnny Sexton and Jack Conan opening up a 19-0 halftime lead.

The bonus point was secured just before the hour when Keith Earls's 30th international try made him Ireland's joint second highest try scorer and it would have also made for a record defeat at the hands of the Irish were it not for late tries from Yoann Huget and Camille Chat.

Ireland can upset Wales's Grand Slam hopes and overtake the Six Nations leaders with a win in Cardiff next Saturday, but will need Scotland to beat England at Twickenham for the first time in 36 years to retain the championship.

Dovizioso, also last year's winner under the Losail circuit floodlights in another desert duel that went down to the line, beat his Spanish rival by a mere 0.023 seconds at the chequered flag.

Britain's Cal Crutchlow finished third for LCR Honda, an improvement on last year's fourth, after Suzuki's Alex Rins made a late mistake and opened the door to the podium.

The 17 year old won on his home course at Pegasus by four shots from fellow New Zealander David Smail.

In addition to winning the NZ PGA Championship trophy, Kobori was also honoured as the leading New Zealander with the Sir Bob Charles Trophy.

Australia produced their greatest ever ODI cricket chase to beat India by four wickets in Chandigarh.

Set a target of 359 the tourists prevailed with 13 balls to spare thanks to Peter Handscomb's maiden century and Ashton Turner's unbeaten 84.

Virat Kohli described the pitch as a belter after winning Sunday's toss and he was proven true by a brutal 193-run opening partnership between Shikhar Dhawan and Rohit Sharma.

Australia had never chased down more than 334 to win a one-dayer in their history but that record was clinically smashed by Handscomb (117), Usman Khawaja (91) and Turner in the four-wicket win

The result levels the series at 2-2, setting up a decider in Delhi on Wednesday.

The New Zealand women's and men's hockey teams have both been beaten by Argentina in their latest games in the Pro League in Auckland. 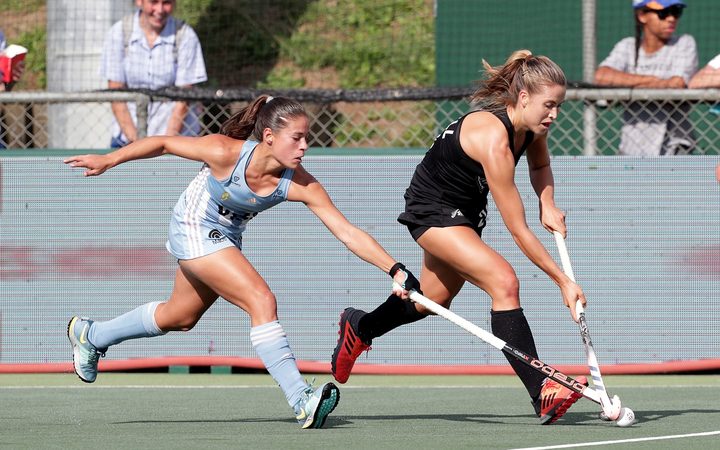 The Black Sticks women are fifth in the standings while the winless men are at the bottom.

The match unfolded in a similar fashion to game one of the series, won 81-71 by the Wildcats, in which the home side dominated after half-time.

Game three will be played on Friday night in Perth, with United's victory ensuring the series will return to Melbourne next Sunday for game four.

Mariners still looking for a coach

Battling A-League football club Central Coast are yet to make a call on either a caretaker or full-time replacement for sacked head coach Mike Mulvey.

Saturday evening's result, in front of the Mariners' smallest A-League home attendance of 3703, left them with just seven points from 21 games, having won just one match this season.

They are on course for successive wooden spoons and a last-place finish for the third time in four seasons.

Assistant coach Nick Montgomery ran the team's recovery session on Sunday, but the club made no announcements about the vacant position.

Aston Villa midfielder Jack Grealish was punched in the face by a pitch invader during their 1-0 victory at derby rivals Birmingham City in the English Championship (second tier).

The supporter ran on to the pitch at St Andrew's Stadium and made a beeline for Grealish, who did not see him coming, before landing a punch to the side of his face.

Grealish fell to the turf as a steward and Villa players Glenn Whelan and Tammy Abraham caught the man and dragged him away from the spot.

The Villa captain got to his feet a few seconds later, apparently unhurt, and the match continued after stewards and security personnel had ushered the man, seen blowing kisses to the crowd, off the pitch.

West Midlands police said later a man had been arrested.

Grealish had the last laugh after his second-half goal gave Villa all three points to allow them to leapfrog their Midlands rivals and move up to ninth in the standings, a point ahead of Birmingham.

England coach Eddie Jones believes the Six Nations should consider introducing relegation after Italy lost their 21st consecutive match in the Championship over the weekend.

England beat Italy 57-14 at Twickenham to consign the visitors to a last-placed finish in the standings for the fourth year in a row.

Italy, who entered the Six Nations Championship in 2000, have finished in the bottom two every year except when they finished fourth in 2007 and 2013.

Jones says to improve it (the Six Nations) you've got to find a way of making sure you've got the six best teams in Europe always playing in it."

Georgia, holders of the Rugby Europe International Championship (second-tier) title, are favourites to replace Italy if relegation is introduced.