The Crusaders have cruised to a 38-22 Super Rugby win over the Hurricanes, scoring six tries to four in a dominant display at Rugby League Park in Christchurch. 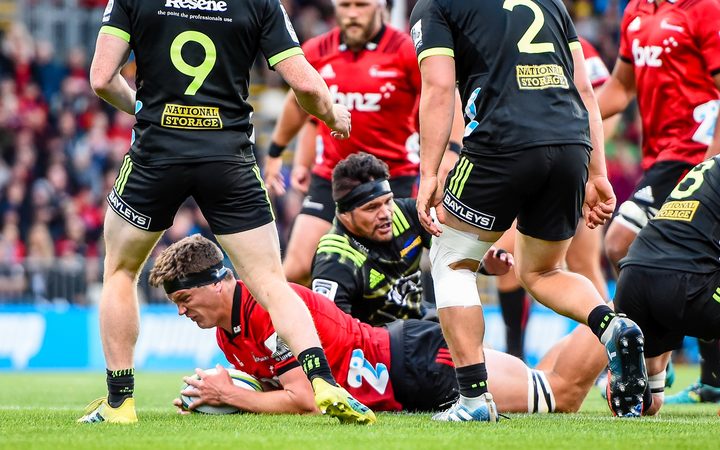 The win gives the Crusaders a club record of 17 straight Super Rugby wins, their last loss coming nearly a year ago to the Highlanders in Dunedin.

A clinical first-half performance put the game beyond doubt by halftime, the Hurricanes not helping their cause with an error-ridden performance and some shaky lineout work.

Crusaders lock Scott Barrett opened the onslaught in the ninth minute, capitalising on some disorganised Hurricanes defence to dive over from close range.

Richie Mo'unga grabbed the first of his two after 24 minutes, finishing a fine break from winger Manasa Mataele, then Jordan Taufua dived over two minutes later for the Crusaders' third.

Mo'unga finished the spell with his second try, right on 40 minutes, after another powerful attacking scrum put the Crusaders on the front foot to give the home team a 24-0 halftime lead.

It took only three minutes from the restart for the Crusaders to extend that margin, Taufua crossing for his second try before the Hurricanes finally got on the board through Ben Lam with a quick pick and go from the ruck.

With the result never in doubt, the Crusaders controlled play as the game wound down. George Bridge strolled over in the 77th minute for their sixth try, Lam crossing for the Hurricanes third right on 80 minutes before TJ Perenara's try deep in extra time introduce a degree of respectability to the scoreline.