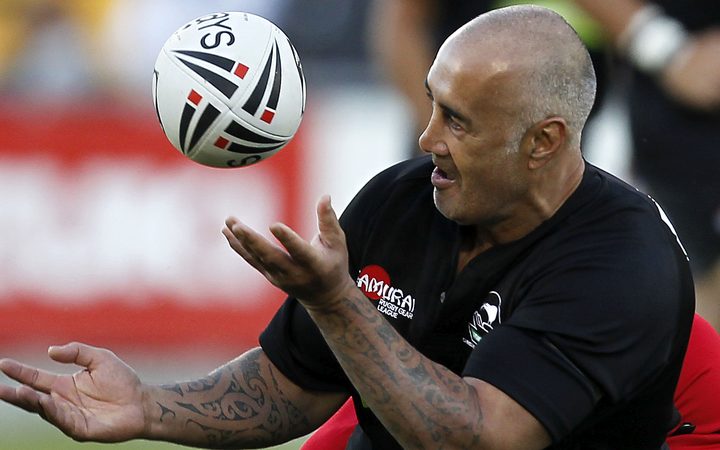 The rugged former Kiwis forward, who played for the Raiders, the Warriors, the Roosters and St George Illawarra between 1993 and 2003, is battling cancer.

Pongia was appointed as the Sea Eagles' wellbeing manager in 2017, but has been unable to work of late.

The 48-year-old underwent surgery in November to remove a tumour from his bowel, leading the Raiders and Manly to raise funds for his family.

A number of signed jerseys and corporate packages are up for auction on allbids.com.au until February 27.

Pongia played 137 games in the NRL, including the Raiders' last premiership in 1994.