Trans sportswomen have hit back at former tennis champion Martina Navratilova, after she said "its insane and it's cheating" for transgender women to be allowed to compete in women's sport. 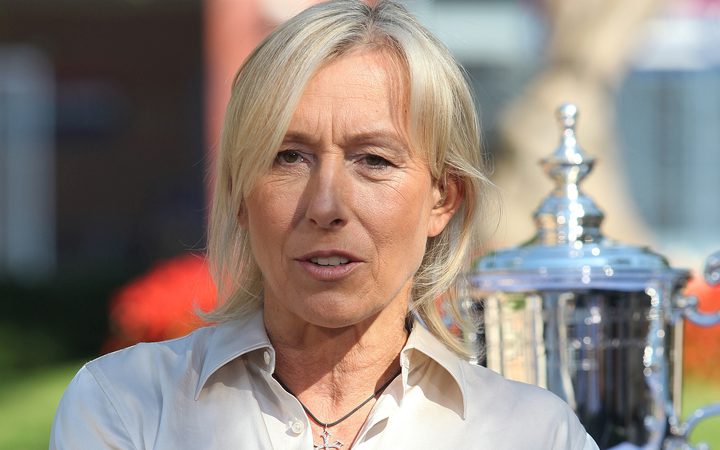 "A man can decide to be female, take hormones if required by whatever sporting organisation is concerned, win everything in sight and perhaps earn a small fortune, and then reverse his decision and go back to making babies if he so desires," 18-times grand slam winner Navratilova wrote in The Sunday Times.

Navratilova's comments are "disturbing, upsetting, and deeply transphobic," said Rachel McKinnon, who in 2018 became the first transgender woman to win a world track cycling title, reigniting a debate over whether trans women have unfair physical advantages in sport.

Under rules brought in by International Olympic Committee in 2016, athletes transitioning from female to male can now participate without restrictions.

Male to female competitors must keep their levels of testosterone, a hormone that increases muscle mass, strength and haemoglobin, which affects endurance, below a certain level for at least 12 months.

Wimbledon champion Navratilova, who has campaigned for gay rights and suffered abuse when she came out in the 1980s, argued trans women have unfair physical advantages.

"A man builds up muscle and bone density, as well as a greater number of oxygen- carrying red blood cells, from childhood," she said.

Navratilova "trades on age-old stereotypes and stigma against trans women, treating us as men just pretending to be real women," McKinnon told the Thomson Reuters Foundation.

Scientific research into trans people in sport is rare. A 2015 study of eight male to female trans runners found their race times slowed down to an extent that they retained no advantage over non-trans women.

Jen Wagner-Assali, who finished third to McKinnon in the 35-44 year-old category world championship race, argued the Canadian's victory was not fair. McKinnon said her rival had previously beaten her in 10 of 12 events.

"This idea that men will transition or pretend to transition to enter women's sport is offensive," Natalie Washington, a trans activist who plays amateur women's football in Britain, told the Thomson Reuters Foundation.

"It misrepresents the huge struggle that the vast majority of trans people have to go through."