All Blacks flanker Liam Squire has confirmed reports he will leave New Zealand at the end of this year to play in Japan. 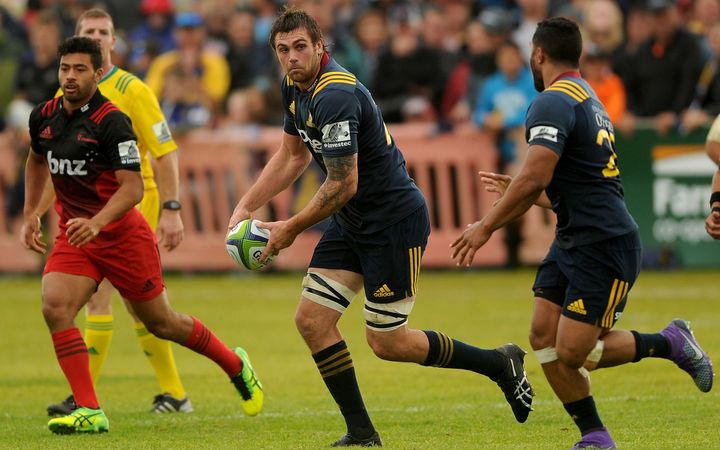 The Highlanders loose forward has inked a two-year deal with the NTT Docomo Red Hurricanes club.

Squire said he was excited about the shift to Japan.

"I have really loved my time in New Zealand with the Tasman Mako and in particular down here with the Highlanders, it's a club that gave me a chance and I appreciate the support I have had in the South.

"I am certainly keen to have a really good last season with the guys."

Originally from Manawatu, Squire joined the Highlanders in 2016 after two seasons with the Chiefs.

With a reputation as a bruising defender and hard running attacker, he represented New Zealand Maori in 2013 and, after some outstanding Super Rugby form, made his All Black debut in June, 2016.

He has played 23 tests, along with 44 Super Rugby games, including 30 for the Highlanders.

All Blacks head coach Steve Hansen said Squire had grown into an outstanding rugby player since coming into the All Blacks in 2016.

"We again look forward to seeing how he goes this year.

"His physicality, pace and skills are a real point of difference and he's a really well-rounded player. We wish him all the best for his Japanese adventure next year."