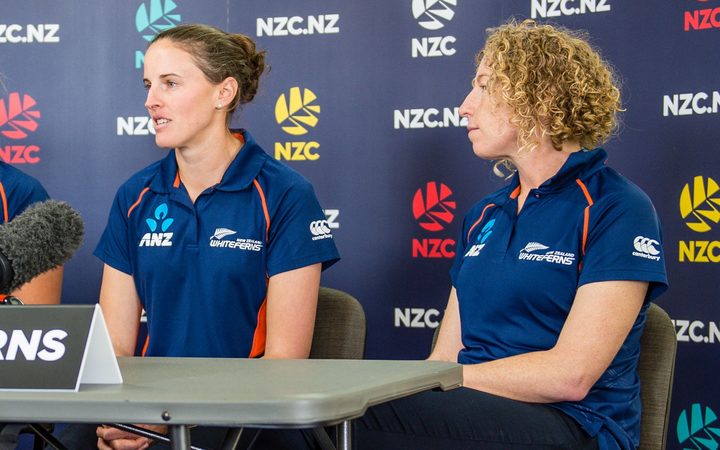 Tiffen last week announced she was standing down for the team's upcoming trip to Australia as a result of the findings from the review of their disappointing World T20 campaign last year.

Tiffen said the contents of the report were "confronting and challenging", meaning she wouldn't be in the right frame of mind to help the team during the three-match one-day series against the Southern Stars.

As the side prepares for the Rose Bowl tournament, Satterthwaite said the best people for the job should apply and Tiffen is one of them.

"Yea, I want her to reapply.

"At the end of the day New Zealand Cricket decided to go through this process.

"We know there's hopefully going to be lots of candidates that are going to apply for the job and I'm sure we'll end up with the best candidate for the position."

Tiffen's decision came after the White Ferns bounced back from a one-day series loss to India in New Zealand with a clean-sweep of the three T20 matches.

However, the team were dumped out of November's World T20 at the group stage and less than two months previous potential issues were flagged when star batswoman Suzie Bates resigned as captain.

Bates told Radio Sport differences of opinion with Tiffen were part of her reason for stepping down as skipper, handing over the reins to Satterthwaite.

Despite a challenging few months and the contents of the review, Satterthwaite admits the coach's decision to request a leave of absence took her by surprise.

"We knew there was going to be some honest things in there.

"We know we need to play a part in improving. We acknowledge it's been a tough week for Haidee and we want to give her that space and let her take the time to recover."

Tiffen will remain on her contract until its expiry on 31 July, and has been encouraged to reapply for the position by NZC.

The three-match series against Australia starts on 22 February.