Golfer Matt Kuchar said on Saturday he had been stubborn and hard-headed over the furore surrounding his $US5000 payout to a substitute caddie from his Mayakoba Classic winner's take, but hoped the incident would not ruin his reputation. 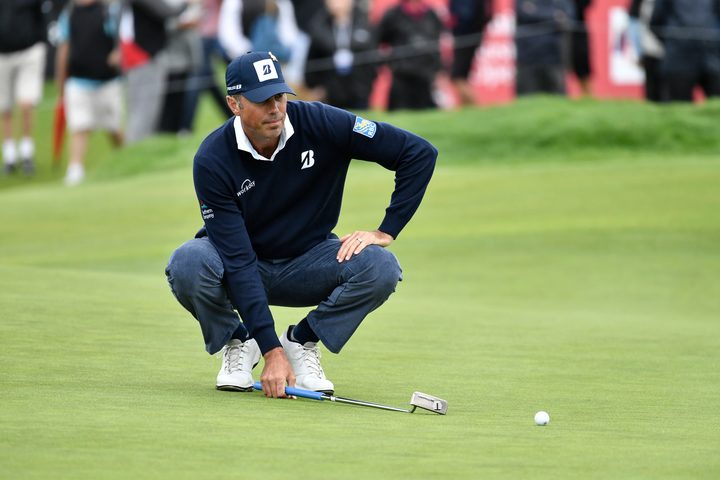 David Ortiz, a local caddie at Mayakoba filling in for Kuchar's regular bagman, had helped the American to his first PGA Tour victory in four years in Mexico in November and a winner's cheque for almost $US1.3 million.

Media reports said Ortiz had requested $US50,000 as his cut from Kuchar's winnings but instead received a 10th of that. Full-time caddies usually receive a 10 percent slice of the winner's prize money, which would have been nearly $US130,000 at the Mayakoba tournament.

The story had been knocking around the golf world for more than a month before suddenly blowing up on social media this week. After initially pushing back on the issue, Kuchar said in a statement he would pay Ortiz the sum requested.

Speaking to reporters after his second round at the Genesis Open in Los Angeles on Saturday, Kuchar said he had failed to see the situation from Ortiz's side.

"I was stubborn, hard-headed," he said.

"In my mind, I had it as a deal is a deal, but after I won the tournament, a deal wasn't a deal.

"I did not put the shoe on the other foot. In any situation, if you can understand where somebody else is coming from it makes the whole world a whole lot better place, and I missed that one."

The outcry over the affair had intensified last week after Kuchar was quoted by Golf.com as saying of Ortiz: "For a guy who makes $200 a day, a $5000 week is a really big week."

He later said the comments now make him cringe.

Regarded as one of the Tour's "nice guys", Kuchar said the incident should not spoil his relationship with the fans.

"I always try my best to do my best for the fans. I've had an incredible relationship with the fans.

"Certainly this week (I have) had a few guys hollering out, but for the most part I think people judge me on the long term and know who I really am, and certainly hope that continues."

Weighing in on the controversy, six-times major winner Nick Faldo said Kuchar should have been more generous from the outset.

"Considering, he's also won $46 million on tour, I think it's one of those times you can say to somebody: 'Here thanks mate, you got me across the winner's line'," Faldo said during the telecast at Riviera, where he is working as an analyst.

"When you've got that kind of wealth, it would have been a nicer touch."