The Breakers have ended an under-whelming Australian NBL season with an 84-78 loss to the Brisbane Bullets. 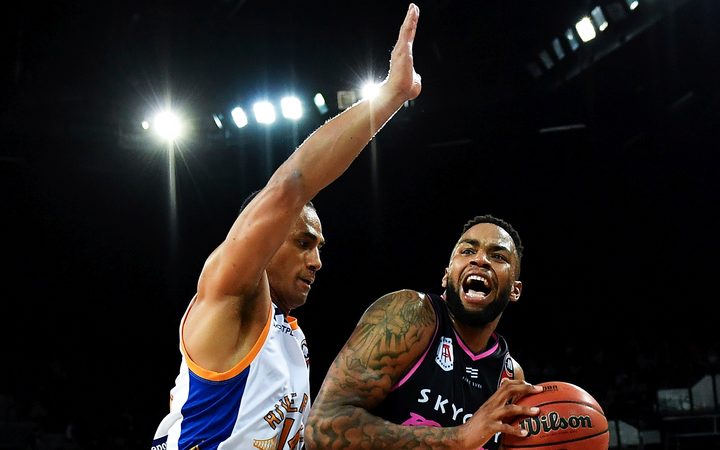 The Andrej Lemanis-coached Bullets progress through to the play-offs for the first time since 2008, where they are set to face the NBL's top-placed side, most likely the Perth Wildcats, when the finals kick off later this month.

It took an ice-cool three-pointer in the final minute from Lamar Patterson to seal the result for Brisbane last night, as New Zealand came perilously close to causing heartbreak.

Tension peaked for the near-capacity 3322-crowd when the Breakers levelled with less than three minutes remaining. But Patterson hit two clutch buckets and, combined with desperate defence, the Bullets were home.

Much of the grunt work for Brisbane was done by veteran forward and former Breaker Mika Vukona, whose 14 points and seven boards came in the toughest battleground against New Zealand's bigs.

Tai Wesley scored 10 of his 17 points for the Breakers in the last quarter to give the Bullets a fright, but there was enough composure from Brisbane's leaders to steer them home.

Lemanis says the Bullets are a better team when the Kiwi is on court. He sets frightening screens, pulls down rebounds when outnumbered and still has reliable touch around the basket.

He has coached the Suva-born forward for almost a decade and is still dazzled by his toughness.

"Mika's a special player. I've been fortunate to be around him for a long time and he does some amazing things," Lemanis said.

"He does some stuff that's hard to comprehend.

"He puts his body in situations where it's not supposed to go."

"They all made plays. Lamar Patterson made plays, Mika made a left-hand hook that I haven't seen in years," he said.

"I thought Mika was tough today."