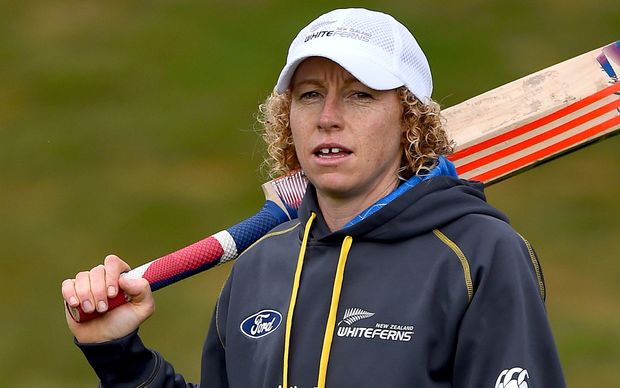 White Ferns coach Haidee Tiffen has stepped down from the role for the upcoming series against Australia. Photo: PHOTOSPORT

Tiffen requested a leave of absence following the review - which recommended all coaching and support staff roles be advertised at the completion of their contract periods.

NZC high performance coach Bob Carter will act as the interim coach in her absence.

Tiffen said given the nature of the recent review it was in the team's best interests that she remained behind.

"I just want to do what's best for the team," she said.

"The review was fairly confronting and challenging and I can't really imagine being in the right frame of mind to help this side during the upcoming Rose Bowl series.

"I love the players; I love the team and I love the job - but for everyone's sake I think this is the best course of action at the moment."

Head of High Performance Bryan Stronach said NZC accepted Tiffen's request and would provide support for her during what was clearly a stressful time.

"The high performance environment is an extremely challenging one and the most important thing we can do right now is make sure we support Haidee," he said.

"We totally respect her position and will work through this with her."

Stronach said Tiffen would remain on her contract until its expiry on 31 July, and had been encouraged to reapply for the position.

The three-match series against Australia starts on 22 February.