Coach Laurie Daley says his Indigenous team will look to unleash their speedsters in Friday night's All-Stars match, aware that the strength of the New Zealand Maori will lie in the middle of park.

Taking on the Maori side for the first time since the inaugural All-Stars match in 2010, the Indigenous line-up boasts plenty of pace out wide in Josh Addo- Carr, Latrell Mitchell, James Roberts, Alex Johnston and Blake Ferguson.

Daley will be instructing newly appointed captain and playmaker Cody Walker to get his exciting outside backs involved as much as possible.

"We're taking on a team whose forwards are big and strong so it's probably not going to work for us through the middle of the field so we've got to use the ball," Daley said.

"We've got a backline that's full of pace and we've got some size there and we want to ulitise our strength.

"We've still got to stop the big forwards in the middle of the park first because if we don't do that they will be rolling through us and it will make it tough." 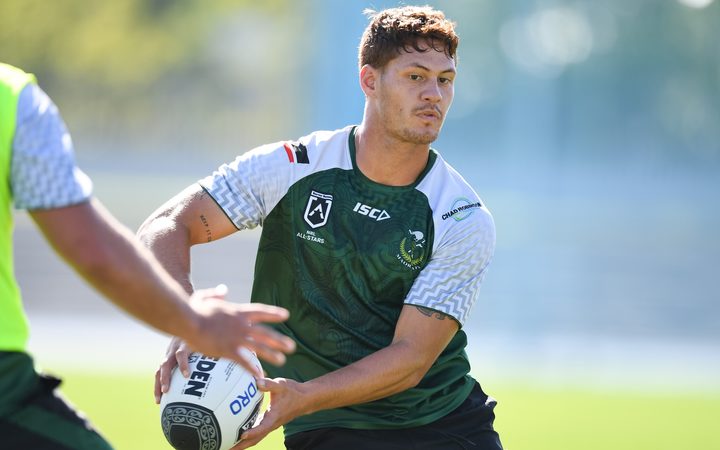 As well as a big forward pack the Maori have rising superstar Kalyn Ponga in his first start at five-eighth, where he will play this NRL season with Newcastle.

Ponga is playing in the halves with another young gun in Melbourne's Jahrome Hughes.

"This week at training, sitting back and watching their skill level - they've just got to play off the back of what our forwards do," Jones said.

Maori skipper Adam Blair said his team wanted to put on a good show so they were rewarded with more games.

"We're trying to build a platform for the future for Maori boys coming through, whether it's in the NRL or playing another game like, whatever we can do to help that," Blair said.