St George Illawarra star Jack de Belin will be able to continue training with teammates and start the NRL season with a sexual assault charge hanging over his head after pleading not guilty on Tuesday. 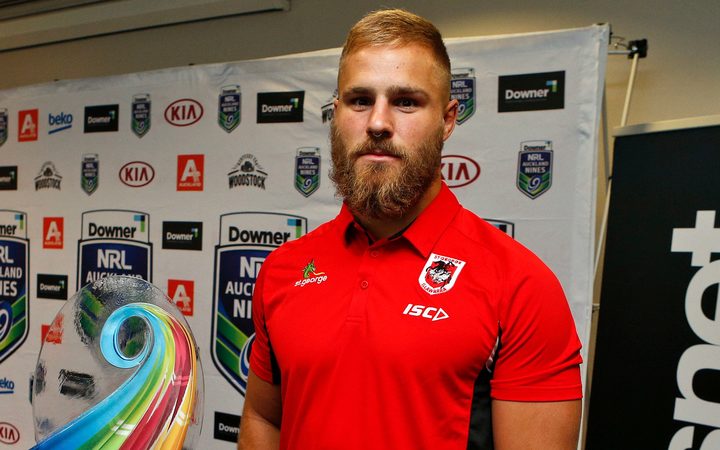 The 27-year-old NSW Origin forward appeared in Wollongong Local Court and entered his plea before the matter was adjourned to April 17.

He was charged with the aggravated sexual assault of a 19-year-old woman in a Wollongong unit early on December 9.

Police allege he had sexual intercourse with the woman without her consent, in the company of his friend Callan Sinclair.

While the NRL has touted a tougher line on off-field player behaviour after a series of ugly off-season headlines, a spokesman indicated it wouldn't change policy to stand de Belin down until the case was decided.

It believes it must let the court case run its course and afford the presumption of innocence.

"The matter is before the courts and the player has pleaded not guilty," the spokesman said.

De Belin will now be available for the Dragons' first trial match against Newcastle at WIN Stadium next weekend.

But he is more likely to have his first hit out of the season in the Charity Shield clash with South Sydney in Mudgee the following week.

De Belin successfully had his bail conditions varied so that he can fulfil his training and playing obligations.

He has also been forced to surrender his passport but that will not affect his playing commitments, with the Dragons not having any games scheduled outside Australia in 2019.

Their round nine clash with the Auckland-based Warriors will take place at Suncorp Stadium as part of Magic Round, which involves all teams playing at the same ground.

Sinclair, 21, has indicated he will be pleading not guilty to the same charge as de Belin.

Neither man commented as they left court on Tuesday.

The sexual assault offence carries a maximum penalty of 20 years behind bars.

The Dragons on Tuesday noted de Belin was now able "to fulfil his training and playing commitments".

"The club will make no further comment as this matter remains before the courts," the club said in a statement.