In a scene more reminiscent to the build-up to an All Blacks test, camera operators and journalists clamoured for position at Blues training on Tuesday. 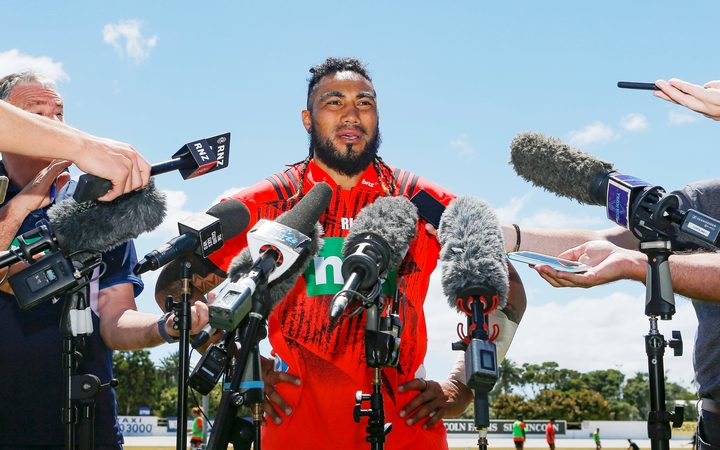 Ma'a Nonu talks to the media ahead of the Blues opening match of the Super rugby season. Photo: Photosport

Given they haven't finished better than ninth in the past six Super Rugby seasons, it's a level of interest the Auckland-based franchise are not accustomed to.

The media throng were there to see one man. Most keen for an answer to one question.

Having left New Zealand in 2015 to play in France shortly after winning his second World Cup in his 103rd and last test, does Ma'a Nonu, 36, want a shot at a third World Cup triumph with the All Blacks?

"Well I think it's there, in everyone's minds," the 36-year-old said, speaking to media for the first time since his return was confirmed five months ago.

"For me it's trying to make the Blues team first, so one step at a time."

The 103-test veteran, who said he hasn't yet spoken with All Blacks coach Steve Hansen, is back after three seasons with the Toulon club in France.

Family and a desire for his children to go to school in New Zealand were key parts of that decision, and the thought of hanging up his boots never crossed his mind.

And while a return to the All Blacks after a four-year absence is on his wish list, so too is finally lifting the Super Rugby trophy after 13 years of trying with three different franchises.

"Yea I guess I haven't won a Super Rugby title before.

"I've come up short twice and always played in a lot of semifinals for the Hurricanes.

"That's another driver this year." 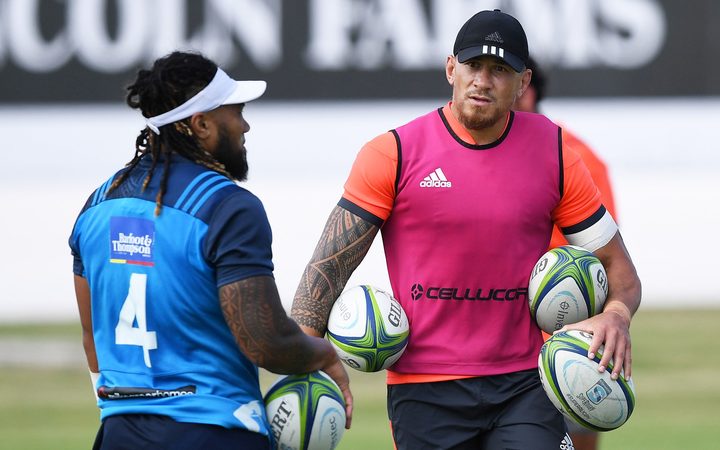 If he can even get close to achieving that goal, with a Blues team whose recent struggles are well documented, a spot on the plane to Japan for this year's World Cup may not be out of the question.

After his time in France and a pre-season that has team-mates raving about his physical condition, Nonu was optimistic he still had plenty to offer, however this year transpires.

"Hopefully I've got some wiseness upstairs and the physicality to play in Super Rugby, because it's really intense.

"The top 14 [in France] and the [European] Champions Cup are brutal, brutal competitions ... so I learned a few things playing week in and week out."

Nonu's return to that routine begins this weekend.

The Blues open their 2019 Super Rugby campaign against the Crusaders in Auckland on Saturday night.