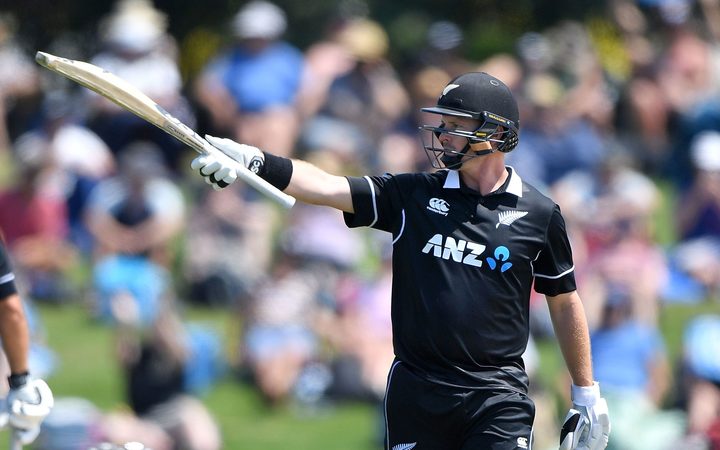 Colin Munro is the type of player we need at the top of the order, according to Hamish Bidwell. Photo: PHOTOSPORT

No, let's leave the dynamic opening batsman sat on the sidelines so Henry Nicholls can be shoehorned into the XI.

If the Black Caps are to give this year's Cricket World Cup a good shake, then they need points of batting difference.

Munro provides a bit of that. Colin de Grandhomme, Tim Seifert and Jimmy Neesham too.

New Zealand are far more formidable, as they've shown in winning their Twenty20 series against India 2-1, when there are batsmen clearing fences.

Neesham didn't get a game, but Munro, Seifert and de Grandhomme all made important contributions as part of good team performances.

Attention now turns to the three One-Day Internationals against Bangladesh, starting in Napier on Wednesday.

De Grandhomme and Neesham are in the New Zealand squad, but Seifert has missed out and Munro will only be around for the third match, when captain Kane Williamson gets a game off.

That means Nicholls will open the batting with the fit-again Martin Guptill, after Munro and Seifert performed that role in the Twenty20s against India.

Seifert's scores of of 84, 12 and 43 were encouraging in that series. Till then, though, his white-ball performances had been modest and, while he looks a talent, this world cup might arrive a bit soon.

Munro, on the other hand, has been set for this tournament a long time.

Problem is, Munro hasn't been in great nick of late. He didn't do much against a modest Sri Lanka side, then missed out a couple of times against India.

Low scores mess with heads and he appeared unsure about his method and where his next run might be coming from.

That changed in the last India ODI in Wellington. Twenty four off 19 balls wasn't a startling return but, having originally been dropped for that match, Munro looked positive and eager to hit the ball high and hard.

It was the kind of batting everyone knows Munro's capable of but, for whatever reason, had battled to produce.

More importantly it showed yet again that, when he bats like that, the Black Caps are a pretty dangerous proposition.

Only now Munro has to sit while Nicholls and Guptill [who's not been in vintage form himself] have a go against a Bangladesh attack that's not in India's league. 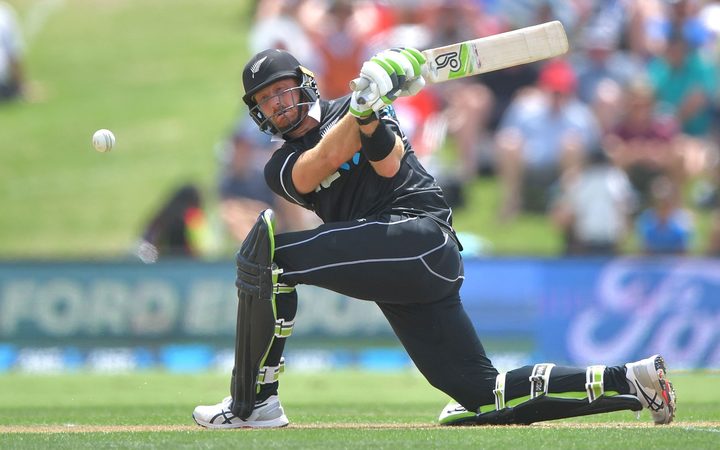 Nicholls is a steady middle-order player. Looks a nice bloke too, a good trainer and someone who might be captaincy material one day.

He's less likely, though, to be the kind of opening batsman who lays waste to world cup attacks the way many successful teams have since Mark Greatbatch way back in 1992 and Sanath Jayasuriya four years later.

New Zealand began their five-match ODI series against India, which was eventually lost 4-1, with a middle order of Tom Latham, Nicholls and Mitchell Santner.

All admirable, useful players, but all left-handers too and all workers, rather than hitters, of the ball.

When that plan was seen to be a failure, de Grandhomme was introduced to break the trio up.

Only that wasn't an immediate success either, at which point we were told Nicholls was actually an opening batsman who was going to be the team's back-up wicketkeeper as well.

What next? New-ball bowler?

The one thing you can say about coaches and selectors is that they're armed with more information than the rest of us.

We can have hunches about who's good and who's not, but these guys know. At least in theory.

They also have way more skin in the game than us. Poor results might wound fans temporarily, but they can kill coaching careers.

It's just that, from this distance, that surely includes Colin Munro.