The Twenty20 series win over a talented India is money in the bank as the side looks ahead to a series against Australia and longer-term goals, White Fern Sophie Devine says. 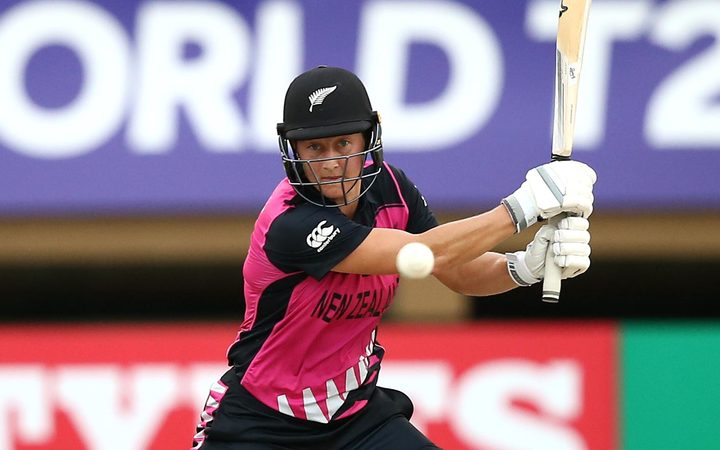 New Zealand won another final-over thriller against India at Hamilton's Seddon Park to take the match by two runs and the series 3-0.

Devine top-scored for the White Ferns with 72 off just 52 balls while valuable cameos came from Suzie Bates (24) and Amy Satterthwaite (31) as the hosts posted 161/7 from their 20 overs.

India were looking on course when Smriti Mandhana (86) was at the crease, before Devine carried her form into the fielding effort, taking 2/21.

Leigh Kasperek was again at the centre of a final-over scramble as she bowled the decisive over that kept India to 159/4, securing victory for the White Ferns.

The two sides were close throughout the series and Devine said it was good for New Zealand to come out on top in tight moments.

"A massive confidence booster for us especially going into a big one day series against Australia," said Devine.

"I know it's a different format again, but time in the middle is really valuable both with bat and ball and we've seen a lot of players step up throughout this series which is really important.

"We know we've got a big task against the Aussies, they're a quality side throughout so we know we're going to have to be on the ball to put up a good contest against them too."

She said the tight nature of the series was a valuable learning experience.

really big learning experiences ...and what we can do differently and that's something we've really focussed on, is reflecting on each game and what can we do slightly better."

Devine said with the T20 World Cup less than a year out, it was good for the psyche of the team to beat top sides.

"Another memory in the bank and to have success like that against an Indian side who have got some fantastic players, I think they're going to be a real threat for the next 5-10 years."

Devine admits she got fired up when India started to get the asking rate down to about 7 an over.

"I thought we were a little bit complacent in the field there, when they were making it look easy and we needed a bit of a rark up so it was great to see that the girls fired up and we put the pressure back on them. We saw in the first game how quickly it can change, take a couple of wickets, and all of a sudden dot balls are massive for us."

Devine likes to think they might have turned a corner after their disappointing showings at the two last pinnacle events.

"We were really disappointed with the way that we exited both the T20 [2018] and the 50-over World Cup in 2017 so we're certainly wanting to put that right but we know that we need to look forward and focus, a big World Cup next year in Australia and then home World Cup in New Zealand is something that we're really looking forward to."