Opener Martin Guptill is set to return from injury for the upcoming ODI series against Bangladesh, as long as he passes a fitness test tomorrow.

Guptill was this week ruled out of the T20 series against India after aggravating a disc in his lower back, but has recovered enough to be named for the three-game series, which starts in Napier on Wednesday. 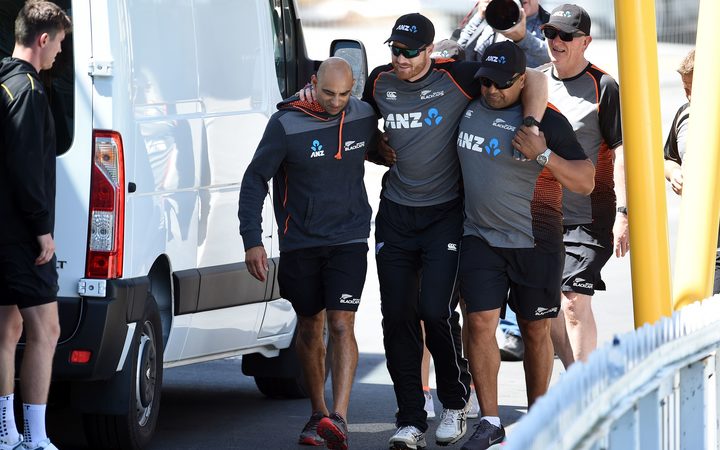 If passed fit, the Auckland Aces opener will partner Canterbury batsman Henry Nicholls at the top of the order, while Colin Munro will come in for the third game in place of Kane Williamson, who will take a pre-planned rest.

Selector Gavin Larsen said it was an important series for the side as they look to fine tune their game ahead of the ICC Cricket World Cup in June.

"It's an exciting time for the players and coaches alike as we look to sign-off our home summer of white-ball cricket.

"Undoubtedly the World Cup is looming large, but we're very much focused on the series ahead and the type of cricket we want to play.

"We're delighted to have Martin back on the park for this series; he's a world-class player and an integral part of our one-day side.

"He and Henry did a good job opening up in Hamilton against India and they're a combination we want to see some more of in this series, before Colin returns to the top for the third game with Kane resting."

Mitchell Santner and Todd Astle are the specialist spinners in the squad, while Colin de Grandhomme and Jimmy Neesham take the pace-bowling all-rounder spots.

"We've been really pleased with Mitchell's return after a serious knee surgery last year and we'll continue to monitor him through the rest of the season.

"Todd's another who is returning from a knee injury and after getting limited opportunities against India, we're keen to see more of him in this series.

"Jimmy's impressed us with the bat this summer, while Colin's proved what he can do with the ball - especially if it is moving around."

Doug Bracewell and Ish Sodhi are the two players missing from the ODI squad that played India.

Tom Latham is the only specialist wicket-keeper in the squad and he will also captain the side for the third game in Dunedin.