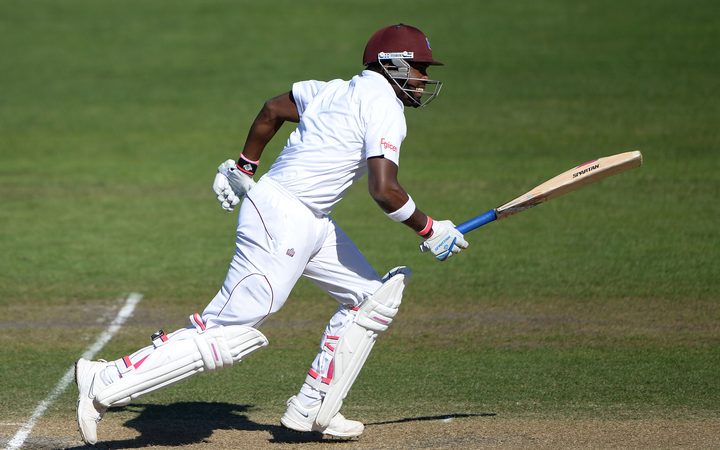 Stuart Broad bowled particularly well for England, unlucky to pick up only three scalps during a long day in the field for the visitors, who dropped several catches, including two by Jos Buttler at third slip.

West Indies were 272 for six at the close in their first innings, having added 242 runs on a day when the North Sound pitch still had a tinge of green about it, if not quite the colour of yesterday.

Left-hander Darren Bravo (33) and captain Jason Holder (19) will resume on Saturday with the home team leading by 85 runs, assured of a handy if not necessarily match-winning first-innings lead on a pitch that could yet produce more fireworks.

Bravo faced 165 balls in an obdurate stay at the crease after he was twice dismissed cheaply in the first test.

He played no small part in seeing off the second new ball with an old-fashioned test innings based on a textbook batting style.

Three West Indies batsmen scored in the 40s but nobody posted a half century.

Broad, recalled after being controversially omitted for the first test, was the pick of the England bowlers, while fellow pacemen Ben Stokes (1-58) and James Anderson (0-58) also bowled well without luck.

The home team put on 96 runs in the first session, with opener John Campbell the lone man dismissed before lunch, caught in the slips for 47 off Stokes.

Campbell and Brathwaite put on 70 runs for the opening wicket, their third decent partnership in the series, providing West Indies with a launch-pad so often missing in recent years.